At last, a firm step to check the population 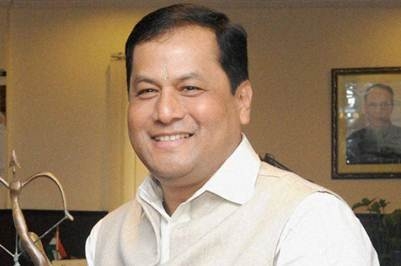 Assam Chief Minister Sarbananda Sonowal has boldly gone where many chief ministers have not gone before, by greenlighting the two-child norm for government employees in his state. The decision has made waves only because Assam, in percentage terms, has the largest population of minorities in the country and is BJP-ruled.

This fact allows the liberal left to dub Sonowal's policy as “communal” and present him as a latter-day Sanjay Gandhi. NGOs and activists will claim a conspiracy to emasculate a particular community. What's more, they will say, the two-child norm encourages female foeticide, discourages economic growth and disparages human rights.

They will find allies in the all-powerful bureaucracy, which will attempt to scuttle the policy in Assam, as it has successfully managed to to do in states like Chhattisgarh, Rajasthan and Haryana. Not for ideological reasons, but because it resists regulation as a matter of principle.

Despite the manifest necessity and advantages of population stabilisation, de-linking it from politics is next to impossible. The Congress is self-conscious vis-à-vis population policies because it bears the historical burden of the Emergency. The BJP has no such qualms. It can claim that the larger good demands a robust population policy, but ends up being accused of an insidious anti-minority agenda.

Two-child policies disallow individuals with three or more children from contesting elections to local bodies and getting government jobs. The middle-class by and large sees population stabilisation as a public policy imperative and has no problem with disincentives for large families.

On the other hand, if a community as a whole chooses to eschew contraception, then it will find itself excluded from avenues of political and executive power. Hence, the opposition by minorities. Activists are equally critical, on the premise that such policies constitute unwarranted interference by the government in the private lives of citizens.

They also perceive the two-child norms as a violation of a woman's reproductive rights. The flip side of this argument is that denial of contraception for social or religious reasons itself constitutes a much more serious breach of ethical norms, in that it denies her control over reproductive choices. The rights of the child must also be taken into account; large families deny existing children access to essentials and promote child labour. The end result is a deepening of poverty because social support schemes can only go so far.

China is often cited as a textbook case of coercive population control gone wrong. There is a vast difference between coercion and disincentives, which activists tend to overlook. Anyhow, China rolled its one-child policy back only after fertility had fallen below the replacement rate, that is, after 37 years. In that period, one estimate says, half a billion births were prevented. The consequent shrinking of the workforce has led economists to suggest that population control is a bad idea. On the other hand, a burgeoning population results in unemployment and increased pressure on infrastrucuture and social support.

In India, the imblance in fertility rates is not just a matter of community and socio-economic class; it is regional as well. The southern states have managed to stabilize their population but the north, notably Uttar Pradesh and Bihar, have not. This imbalance has political implications, in terms of population-based fund allocations and representation in Parliament. Delimitation has been frozen until 2026, in the hope that fertility rates across the country will be uniform by them.

For all these reasons, Sonowal's bold move is bound to have a political fallout. The Congress, conscious of its minority votebank, tends to avoid the issue. But the very fact of Assam's large minority population may prompt local leaders to take it up.

Prime Minister Narendra Modi put population stabilisation on the government agenda when he linked the issue to nationalism in his Independence Day address. Having a smaller family was itself a contribution to development, he said. Welcoming the speech, Uttar Pradesh chief minister Yogi Aditynanth urged UP's “23 crore population” to take inspiration from the PM's message and consider the nuclear family as “an expression of patriotism”. As CM of India's most populous state, he has been urging a population control policy for several years now. Sonowal has gone a step beyond by putting the two-child policy on the statute books. All three, incidentally, are bachelors.

The RSS, too, has modifed its view on population control. At one time, concerned over the relatively rapid growth of the minority community, it had promoted the urge to surge Hindu numbers, but has since warned the government that population cannot be allowed to outrun resources.

Perhaps Sonowal should invite Sadhguru Jaggi Vasudev to make a visit. The spiritual leader has little patience with the 'biological egotism' that drives the population explosion. Only population control, he says, can ensure our survival. Climate scientists–and Sonowal–will agree.

The writer is a senior journalist with 35 years of experience in working with major newspapers and magazines.

She is now an independent writer and author.