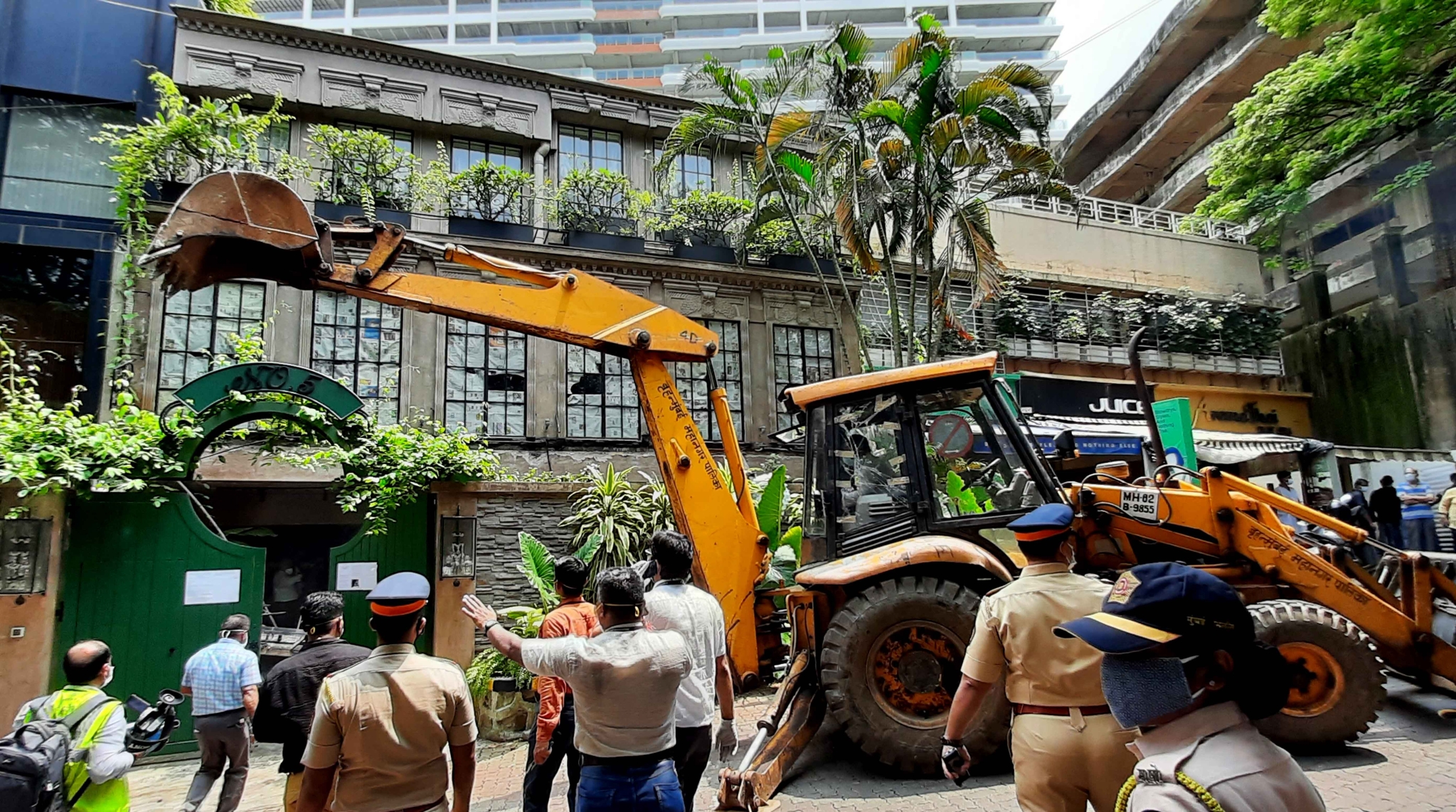 It is unlikely that we have heard the last of the Kangana Ranaut-Shiv Sena public recriminations, with each side fuelling the tit-for-tat war of angry exchanges every other day. In between, the Shiv Sena vents its vindictive spleen, demolishing parts of her house deemed illegal with rare, supersonic speed. Clearly, the Brihanmumbai Municipal Corporation can be efficient when it chooses to be.

We wish the self-styled 'thekedars' of Mumbai who speak as if they alone own the megapolis would show even a teeny-weeny bit of the zeal they displayed in pulling down the 'Queen' actor’s house in filling the million potholes that scar the city roads and attend to its deteriorating water and sanitation problems. Over the years, Mumbai has become one of the filthiest cities, with household and other waste lying uncovered and uncollected for days. Corruption has eaten into the very entrails of the BMC, by far the richest municipal body in the country. It seems to care two hoots for the upkeep of civic infrastructure.

On its part, the Shiv Sena should stop pretending as if it is the sole voice of Mumbai. Yes, only the Sena can openly take ownership of the rot that has set into the once-great and best-administered municipal body because it alone is largely responsible. Instead of issuing empty threats to the highly-strung actor, the Sena gadfly, Sanjay Raut, would do himself and his party a lot of good if he applies himself to improving the civic administration. Let him do something constructive for a change --- and prove himself.

Tweeting daily is a sheer waste of time and reveals a weakness for self-publicity. Gratuitously asking actor Akshay Kumar to lend his voice to his tirade against Kangana was mischievous and ill-motivated. Why single out Akshay, and not any of the Khan trio is abundantly clear. Akshay Kumar is too big a star to fall for such low cunning. Comparing the security environment in Mumbai to that in PoK was certainly overstretched and wrong, but, a couple of days later, Sena hoodlums, by beating up a retired Navy officer for his forward of a cartoon mocking Uddhav Thackeray, did make an effort to prove the actor right. Mob rule cannot be right.

Meanwhile, it is time the authorities ended the misery of Rhea Chakraborty and her family. She seems to have become a collateral victim of a political conspiracy. The NDA is whipping up passions over the death of Sushant Singh Rajput with an eye on the coming Bihar Assembly elections. Rhea’s arrest by the Narcotics Control Bureau for the alleged purchase/use of a few grams of marijuana is, to say the least, ridiculous. Instead of going after the big fish, the smugglers and suppliers of bulk drugs from across the Pakistan border, arresting an occasional user of a party drug, if at all, is a clear abuse of power. She and her brother should be bailed out forthwith.

Also, Jaya Bachchan’s otherwise unexceptionable intervention in the Rajya Sabha on Tuesday about Bollywood being dragged into the drug-related controversy need not have taunted a fellow actor and BJP MP, Ravi Kishan, who had spoken about drug addiction in the film industry on the previous day. To say that Kishan, a successful Bhojpuri actor, was disloyal to the industry --- 'jis thali mein khaate hain, usee mein chhed kartey hain' --- was a cheap jibe and patronising. In fact, being a member of the industry one has a greater obligation to expose the rot, in order to try and rid it of the bad eggs.

If one accepts the SP MP’s line of reasoning, politicians should stop exposing each other's wrongdoings since they are in the same business which gives them fame, money and power. A well-intentioned insider is always welcome rather than one who seeks to put a tight lid over misdeeds in their profession. And if Bollywood actors love to be fawned over by the public, the people should also be aware of the downside, the flaws and failings of the so-called role models.

Bollywood is a public institution in which tens of millions of Indians have deep interest and an emotional stake. Why should it hurt if a Kangana Ranaut or a Ravi Kishan exposes its underbelly? Like all other professions, Bollywood too has a mix of good, bad and evil. It is futile to close one’s eyes to that sobering reality. In the meantime, apply closure to the Kangana-Sena spat. Enough is enough.