Analysis: Here's what the Supreme Court and High Courts of India had to say this week

This segment highlights the important issues of the Indian Legal System of the week objectively and with a magnified legal lens factually.

What Made Headlines In The Courts Across India This Week? 2. [PIL For Banning Kumbh] An Advocate has moved a PIL seeking immediate withdrawal of all advertisements inviting people to Haridwar for Kumbh and further direct the respondents to dissuade any gatherings in contravention with the COVID guidelines. Petitioner has approached the Top Court contending that while the State executive authorities are penalising ordinary citizens for not adhering with the COVID protocol, Government is permitting congregation of people in the events like Kumbh 2021.
Case Title: Sanjai Pathak v. Union of India

3. [Covid - No Study Leave For Doctor] Supreme Court denied the request of a Doctor employed as Medical Officer at the Emergency Triage of Deen Dayal Upadhyay Hospital for grant of study leave. Bench refused to interfere an order of Delhi High Court whereby the Ld. Single Judge had declined to interfere with the rejection of the Petitioner’s application for the grant of study and relieving orders by Secretary Office Lt. Governor of Delhi & Ministry of Health and noted that a request of the instant nature could not be accepted in light of the grave pandemic situation at this juncture.
Bench: Indira Banerjee & Krishna Murari
Case Title: Dr. Rohit Kumar Vs. Secretary Office of Lt. Governor of Delhi & Ors.

4. [Ad Hoc Judges Appointment Case] Supreme Court Bench reserved orders in the case concerning Appointment of Ad Hoc Judges. The interveners, Supreme Court Women Lawyers Association, in the connected matter raised the issue of inadequate women representation in higher judiciary. "We have the interests of women in our mind. We are implementing it in the best way possible. Only thing we need is capable candidates," said CJI SA Bobde. It was also observed that many a times, eminent women lawyers/Judges refrain from taking position as a Judge/elevation citing domestic work and responsibilities.
Bench: Chief Justice SA Bobde, Justice SK Kaul and Justice Surya Kant
Case Title: Lok Prahari v. Union Of India and Ors

Apex Court Judgments for The Week:

2. Court Bound To Examine Material On Record To Grant Bail Under UAPA: Supreme Court observed that while considering the grant of bail under Section 43 (5) D, it is the bounden duty of the Court to apply its mind to examine the entire material on record for the purpose of satisfying itself, whether a prima facie case is made out against the accused or not. The Bench referred to the Apex Court judgement in National Investigation Agency v. Zahoor Ahmad Shah Watali (2019) 5 SCC 1 in which this Court considered the parameters for exercise of the power under Section 43 (5) D.
Bench: Justice L Nageshwar Rao & Justice S Ravindra Bhatt
Case Title: Sudesh Kedia v. Union of India

4. Mini Trial Is Not Permissible At The Stage of Framing Charge: Supreme Court observed that at the stage of framing charges, the Court should not consider the defence of the accused & only see as whether or not a prima facie case is made out. Bench while setting aside the order of discharging the accused of an offence u/s 7 of the Prevention of Corruption Act (“Act”) held that the High Court materially erred in negating the exercise of considering the transcript in detail and in considering whether on the basis of the material on record the accused is likely to be convicted for the offence under Section 7 of the PC Act or not.
Bench: Justice DY Chandrachud & Justice MR Shah
Case Title: State of Rajasthan v. Ashok Kumar Kashyap

High Courts and Other Courts:

1. [NCLAT Can Adopt its own Procedure] The Delhi High Court ruled that there was no infirmity in the NCLAT directing the filing of written submissions and judgments by the parties. NCLAT being the duly constituted Appellate Tribunal, under the IBC, is free to regulate its procedure and the manner in which it wishes to hear matters, including issuing of directions for filing of written submissions and judgments, Court noted.

2. [Delhi Riots - No Bail For Mob Leader Shahrukh Pathan] Delhi High Court refused to grant bail to the Petitioner noticing the gravity of offence and upheld the findings by Trial court that the Petitioner had participated in riots and his picture speaks a volume about his involvement. Single Bench Justice Suresh Kumar Kait found that role attributed to the Petitioner was not confined to participation in the mob of rioters but of heading the large crowd, holding a pistol in hand and releasing open fire shots.

3. [No Moral Conviction In Absence Of Legally Admissible Evidence] Bombay High Court recently acquitted the husband and family members of all the charges levelled against them, observing that just because wife has died in her matrimonial house within two months of marriage, the entire family cannot be stigmatized as having committed offences as serious as an offence u/s 302 of IPC. The Division Bench of Justice Sadhna S. Jadhav and Justice N.R. Borkar ruled that in absence of legally admissible evidence there cannot be moral conviction. 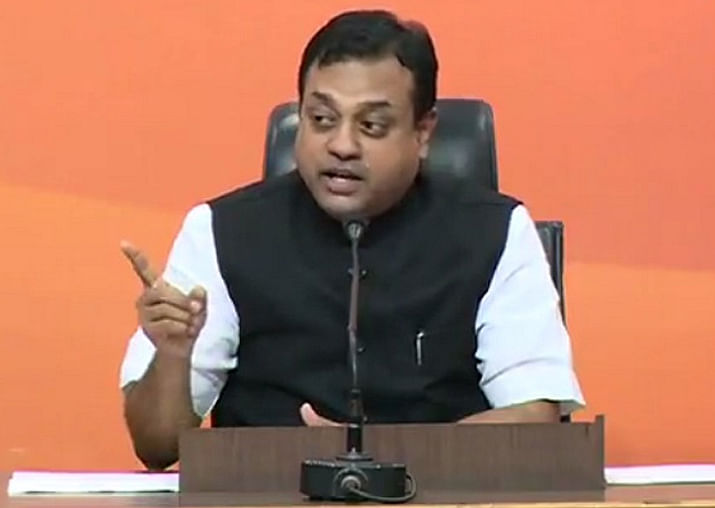 5. [Sambit Patra Did Not Incite Inter-Community Hatred] The Chhattisgarh High Court Single Judge Bench quashed the FIR registered against Dr. Sambit Patra, observing that there was no intention on the part of the petitioner to promote class/community hatred and no attempt was made by the petitioner to incite the people belonging to a community to indulge in any violence and merely alleging inciting the feeling of one community or group without any reference to any other community or group would not attract either of the two penal provisions.

- Sanya Talwar is the Editor of Lawbeat

HomeAnalysisAnalysis: Here's what the Supreme Court and High Courts of India had to say this week