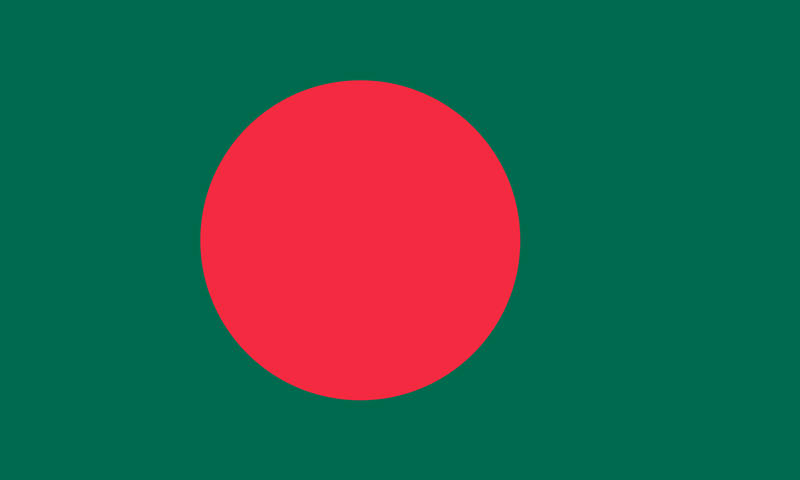 Bangladesh’s beleaguered opposition has done a favour to the prime minister, Sheikh Hasina Wazed, by agreeing to take part in the country’s 11th parliamentary election on December 23 in spite of the dice being heavily loaded against it. The international praise Sheikh Hasina has won for her generosity to hundreds of thousands of Rohingya refugees fleeing persecution in Myanmar may still turn to criticism if she is suspected of reneging on her promise to hold a “free and fair” election. Her government’s verbal assurances may not suffice without credible concrete evidence of reform on the ground.

No doubt her Awami League government will say it is motivated only by the demands of justice, but others may feel that vengeance and a desire to eliminate political opponents also shape some of its decisions. Mrs Khalida Zia’s Bangladesh Nationalist Party may be guilty of exaggeration when it alleges that more than 500 of its supporters have been killed since 2014 and nearly 750 abducted by the police and imprisoned. Yet, it is difficult to see how there can be anything approaching an equal contest with the ailing 73-year-old former prime minister and principal opposition leader in jail. Mrs Zia has been sentenced to seven and 10 years imprisonment on corruption convictions in two cases involving charities named after her late husband, Ziaur Rahman, who was assassinated on May 30, 1981. Since November 19 is the last day for filing nominations, Sheikh Hasina’s arch-rival has been left with virtually no time to appeal against the convictions.

Mrs Zia’s eldest son and heir, Tarique, who has lived in exile in London since 2008, was sentenced to life imprisonment for alleged complicity in a grenade attack on an Awami League rally that Sheikh Hasina was addressing on August 21, 2004. She survived the attack with only partial hearing loss but 24 people were killed and 500 injured. The prosecution accused the armed fundamentalist organisation, Harkat-ul-Jihad, and its Mufti Abdul Hannan, who was executed last year, of staging the attack as part of a design to convert Bangladesh into a “fanatic Islam” state.

By implicitly presenting Sheikh Hasina as the only alternative to the “fanatic Islam” school, the plea is expected to win her sympathy and support in neighbouring India which was a powerful supporter of secular values until 2014 when a Hindu majoritarian government was elected in New Delhi. Sheikh Hasina’s secular credentials were burnished further when she banned the BNP’s former coalition partner, the Jamaat-e-Islami, which is anathema to India. The Jamaat collaborated with Pakistanis in 1971 and supported the 1975 assassination of Sheikh Hasina’s father, Sheikh Mujibur Rahman, with his wife, sons and nephew. It cannot contest the December 23 election.

The obvious reason why the BNP has agreed to take part in the election must be its desire to avoid a repetition of 2014 when its boycott enabled 153 Awami Leaguers to be elected unopposed. International observers called the exercise, which was marred by deadly violence, “flawed”. It may again be flawed for one of the first things Sheikh Hasina did after being elected in 2014 was to amend the constitution for the 15th time ruling out a non-party caretaker government to preside over the election.

This is the main demand in the opposition’s seven-point charter which also includes Mrs Zia’s release (together with that of other political prisoners), parliament’s dissolution before the election schedule is announced, the government’s resignation, a ban on electronic voting machines, deployment of the army with magisterial powers, and reform of the election commission. A recent three-and-half hour meeting that a 20-member opposition team led by the veteran Kamal Hossain had with Sheikh Hasina failed to extract any concessions. Sheikh Hasina’s increasingly “authoritarian rule”, handling of student protests, and crackdown on free speech have drawn adverse comment. Civil society groups and activists criticise Bangladesh’s new Digital Security Act and a broadcasting law that is under consideration, warning such regulations may affect a fair election.

Reflecting the opposition’s despair, Dr Hossain declared at a recent Chittagong election rally, “People are the owners of this state and the government is nothing but a servant of the people. They have taken it for granted that state power is their ancestral property. They are considering themselves as owners of the country. That’s why they are clinging to power.” As a young barrister just back from London in 1971, Dr Hossain was Bangladesh’s first foreign minister. He fled the country when Mujib was murdered. Falling out later with Sheikh Hasina, he now leads the opposition Jatiya Oikya Front which includes the BNP,

Dr Hossain’s warning “People can make the impossible possible if they are united” might apply to both Sheikh Hasina and Mrs Zia, as well as posthumously to Mujib whose so-called Second Revolution in February 1975 outlawed all political parties by presidential order and established his Bangladesh Krishak Sramik Awami League (Baksal) as a national political front in a single-party state. This one-party state was dissolved six months later after Mujib and his family were massacred. Haunted by that bloodshed, Sheikh Hasina cannot forget that Mrs Zia’s husband was not only the eventual beneficiary but that he did nothing to punish the murderers. Moreover, his claim to have made the first independence announcement in 1971 seemed to steal her father’s thunder.

Available excerpts from the recently published autobiography, A Broken Dream: Rule of Law, Human Rights and Democracy, of Bangladesh’s first Hindu chief justice, Surendra Kumar Sinha, throw some light on the current impasse. Sinha clashed with Sheikh Hasina over a high court verdict nullifying the 16th constitutional amendment allowing Parliament to impeach judges. When the ruling party appealed to the Supreme Court, an appellate division bench headed by Sinha unanimously rejected the appeal upholding the high court’s decision. He was sent on leave, and resigned from the US claiming to have done so “in the face of intimidation and threats to my family and friends by the country’s military intelligence agency” which he accused of “exerting pressure on the judges for delivery of a judgment in favour of the government.”

The shortcomings of the Bangladeshi polity do not concern India unless there are cross-border repercussions. Similarly, whether the ruling party is secular or communal in Indian terms is of little official concern here if it doesn’t lead to a flood of refugees. Strategic and economic inter-dependence even more than diplomatic propriety will oblige New Delhi to deal in the same spirit of wholehearted cooperation with whoever is elected on December 23. But India also needs stability in a sensitive region that adjoins both its own north-east and Myanmar with its Rohingya crisis. Harmonious pre-poll arrangements, peaceful voting and the emergence of a broad-based government committed to growth that enjoys the confidence of a majority of Bangladeshis are the best guarantees of that.