A govt deaf to criticism eavesdrops on the very journalists it derides, writes Anil Singh

Nothing stops the 40 Indian journalists allegedly spied upon from collectively petitioning the judiciary against what is clearly a mass invasion of privacy, which the Supreme Court recently held up as a fundamental right. The SC can also examine the possibility of evidence being planted against dissidents to subvert the judicial process. There are enough lawyers willing to fight the good fight
Anil Singh 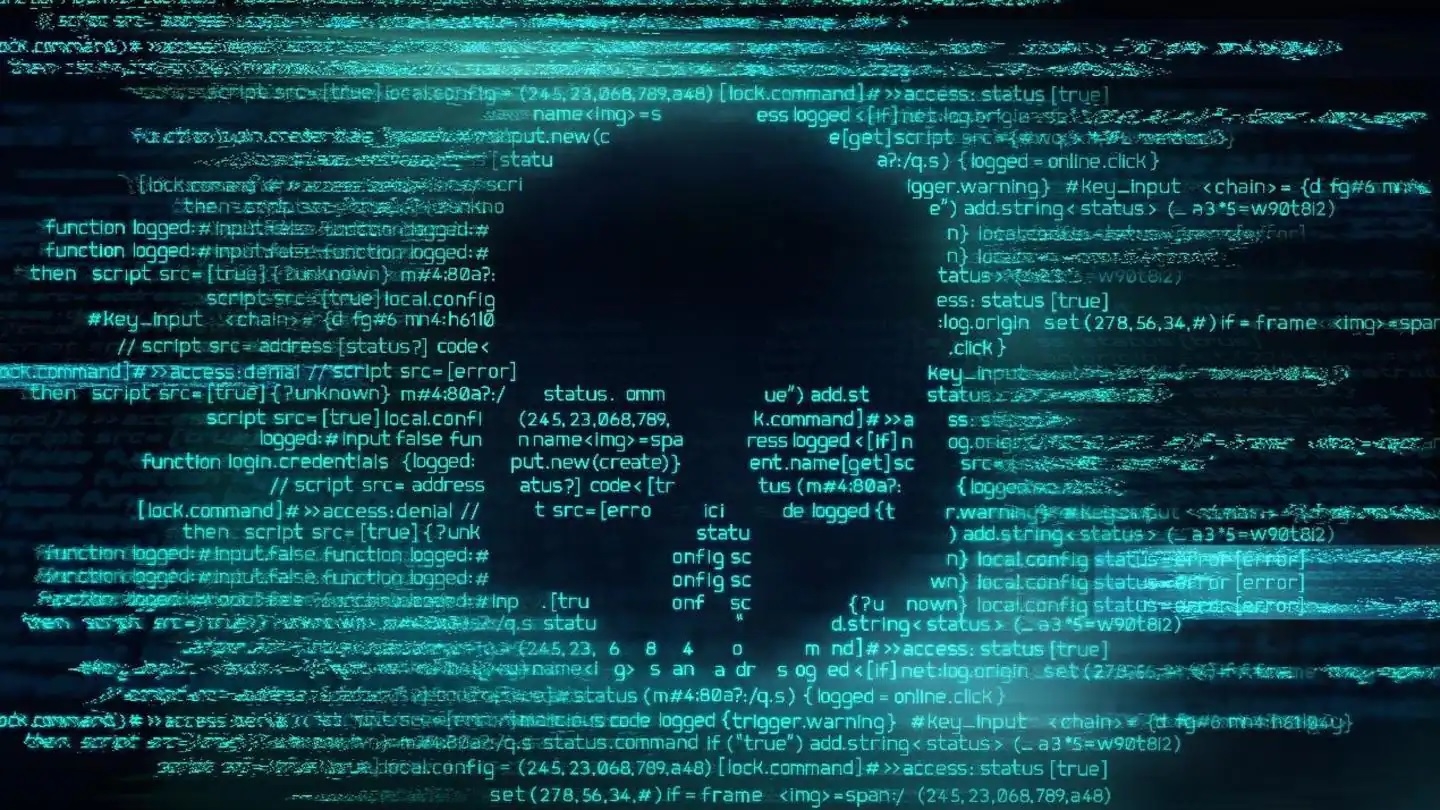 How ironical that the Indian government which is deaf to criticism covertly listens to every whisper by its critics; eavesdrops on the very journalists it derides as ‘baazaaru’ and ‘presstitutes’; spies on ‘dumb’ opposition leaders; swears by democracy but snoops on the Supreme Court, the Election Commission, the CBI, industrialists and even the man it eventually appointed as the information technology minister!

Had it not been for the global media expose – Pegasus Project – the Indian government would have brushed it aside, as in 2019. Developed and marketed by the Israeli NSO Group, Pegasus is a cyber weapon; it can infiltrate a cell phone like a virus and turn it into a 24-hour surveillance device. Not only is the spyware hard to protect against, it is difficult to detect as well. Globally, the suspected victims include three sitting Presidents -- France’s Emmanuel Macron, Iraq’s Barham Salih and South Africa’s Cyril Ramaphosa -- and three current PMs; Pakistan’s Imran Khan, Egypt’s Mostafa Madbouly and Morocco’s Saad-Eddine El Othmani.

In India, the favourite targets are journalists, so far 40 of them. Independent digital forensic analysis conducted on 10 Indian phones showed signs of successful or attempted Pegasus hack. Among them are leading anti-establishment journalist Siddharth Varadarajan of news portal ‘The Wire’ and independent journalist Paranjoy Guha Thakurta. Pegasus software, whose sales to foreign governments are to be approved by the Israeli government, helped Saudi Arabia spy on Jamal Khashoggi, dissident, journalist and columnist for The Washington Post, who was later killed in Turkey.

Project Pegasus began when the Paris-based non-profit organisation Forbidden Stories got a leaked list of over 50,000 phone numbers allegedly targeted for surveillance by clients of NSO since 2016. It roped in Amnesty International as a technical partner and teamed up with 16 news media organisations in ten countries, where 80 journalists began corroborating the details.

Reacting to the expose, Edward Snowden warned that no mobile phone would be safe from state-sponsored hackers if governments did not impose a global moratorium on the international spyware trade. In fact, Snowden, who blew the whistle on the secret mass surveillance programmes of the US National Security Agency, is of the opinion that for-profit malware is “an industry that should not exist”.

Once installed on a phone, Pegasus can harvest more or less any information or extract any file. The danger of its misuse in developing countries such as India with its outmoded laws, a lax security culture and a predatory government is enormous. Just look at the sexual harassment case against former Chief justice of India Ranjan Gogoi: As many as 11 relatives and associates of the complainant were placed under surveillance.

The present regime is expending its entire might on crushing dissent and obliterating any semblance of democracy but the opposition, especially the Congress, is in deep hibernation. The judiciary lost its stature when SC judges started singing paeans for the PM while sending contempt notices to stand-up comedians. The mainstream media turned from a watchdog to a lapdog. The Radia tapes showed how editors made Faustian deals. With no countervailing force, the Modi regime passed off its blunders as wonders.

So it was that a significant number was convinced that demonetisation was the best thing for the Indian economy, followed by GST; Rafael was a bargain; Khalistanis were behind the farmers’ agitation; India did a Kargil in Galwan; petrol prices were test of patriotism; Muslims would outnumber Hindus; Nehru was Nero; Ram temple and Ram ‘rajya’ are the same thing; ‘gomutra’ is a godsend; left liberals are urban Naxals; Judge Loya died of a heart attack; Fr Stan Swamy died of a guilty conscience; that reverse migration of urban labourers was a myth; that oxygen shortage was an AAP propaganda…

So, can Pegasus become India’s Watergate? Given our Teflon PM and the tepid response of our leaders, except Mamata, it is difficult to be optimistic. There is some hope from the judiciary and the media. The former is showing some spine of late and the latter is finally pushing back. A ‘jugalbandi’ between the two could mean serious trouble for the government. Already two journalists, Patricia Mukhim and Anuradha Bhasin, have moved the Supreme Court challenging the constitutional validity of the sedition law.

Nothing stops the 40 Indian journalists who have been allegedly spied upon to collectively petition the judiciary against what is clearly a mass invasion of privacy, which the Supreme Court recently held up as a fundamental right. The SC can also examine the possibility of evidence being planted against dissidents to subvert the judicial process. There are enough lawyers willing to fight the good fight. After all, it was on lawyer Shreya Singhal’s PIL that the apex court struck down the vaguely-worded Section 66 (A) of the Information Technology Act which allowed the cops to arrest just about anyone. The income-tax raids on Dainik Bhaskar are an indication of the government’s nervousness on this score.

Apart from an invasion of privacy, this is a case of national security as well because there is every chance that the Israeli government is privy to the espionage, given the nature of the contract.

And it is not only the domestic media and the judiciary that the Indian government has to be worried about. The Pegasus Project is making waves around the world and civil society is outraged at the revelations. In Azerbaijan, some activists found their intimate photographs published online or on television.

In Mexico, campaigners, lawyers and rights defenders are possible targets, including Eduardo Ferrer Mac-Gregor Poisot, a judge who was the president of the Inter-American court of human rights and Alejandro Solalinde, a Catholic priest and champion of migrants’ rights.

Rodney Dixon, a prominent London-based lawyer, who has taken on numerous high-profile human rights cases, was selected for targeting in 2019. Forensic analysis on the phone of the French human rights lawyer Joseph Breham shows it was compromised multiple times with Pegasus in 2019 and the leaked records suggest he had previously been selected for potential targeting by Morocco.

Journalists’ organisations such as the Reporters Sans Frontieres (RSF) has branded the NSO Group as a ‘digital predator’. “The revelations about the use of the Pegasus spyware inspire shock and revulsion, given the extent of the surveillance and targeting of journalists. No, the NSO Group does not contribute to ‘global security and stability,’ contrary to what the company claims,” RSF secretary-general Christophe Deloire said.

As ‘The Wire’, the Indian partner of Project Pegasus, says: “When governments pretend they know nothing about illegal hacking on such a massive scale, they hack democracy. We must be the antivirus that prevents it. We must keep speaking and make ourselves heard. To be silent is to be complicit, to consent to this violation of democracy itself. It is a crime against the nation, committed by the state.

The electorate may take time to internalise it but the government is all ears.