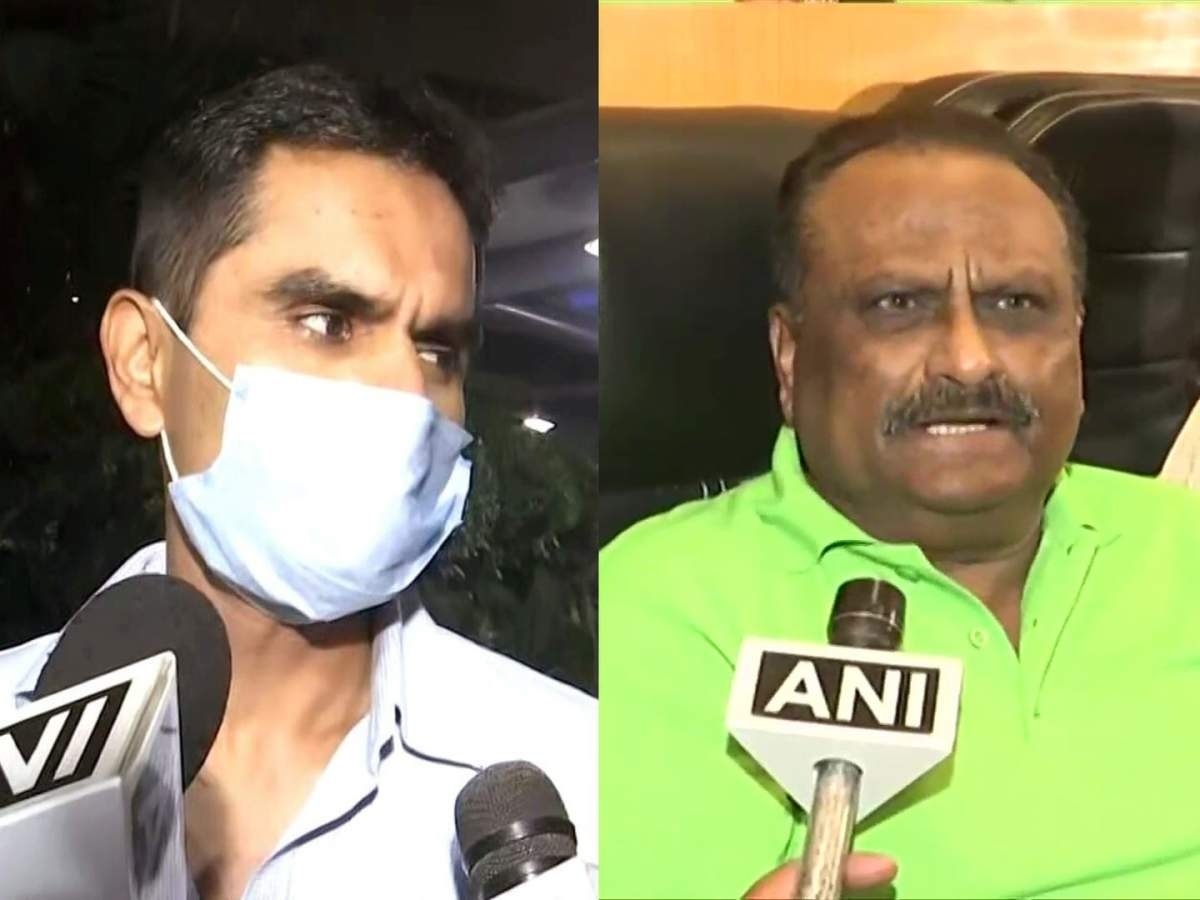 The Rs 1.25 crore defamation suit filed by Sameer Wankhede’s father, Dnyandev, appears to be hotting up, with NCP leader Nawab Malik alleging that opposition leader Devendra Fadnavis had links with Pakistani agents and was running a fake currency racket when he was chief minister.

In 2019, former R&AW chief N K Sood had alleged, when NCP chief Sharad Pawar was Maharashtra chief minister, he allowed Dawood Ibrahim to flee India. This may be false but chief ministers having links with gangsters have now become passe’ after Anil Deshmukh went to jail for allegedly extorting Rs 100 crore per month through Sachin Vaze.

Now, Malik has responded to Devendra Fadnavis’s allegations that his family had bought 2.8 acres of land in Kurla, northeast Mumbai, at dirt-cheap rates from a 1993 blasts case convict, Sardar Shahawali Khan and Mohammed Salim Ishaq Patel alias Salim Patel, an alleged frontman of gangster Dawood Ibrahim’s sister, Haseena Parkar. Malik has alleged Fadnavis was running a fake currency racket while he was the chief minister through his links with Pakistani agents. All this is stuff for a Bollywood potboiler.

Judges too become victims when they uphold the law without fear or favour. Like Madras High Court Chief Justice Sanjib Banerjee, who flayed the Election Commission for failing to maintain Covid-19 protocols, was shunted to an insignificant two-judge Meghalaya high court. Justices who deliver justice fearlessly suffer injustice mercilessly.

What emerges is that all investigative agencies, whether under the control of the Centre or the state governments, are never free to investigate the truth which, like justice and honesty are intangible concepts we chase, like a rainbow in the sky. In neighbouring Goa, we had a former revenue minister, Rohan Khaunte, who admitted to the media that a person named Shailesh Shetty arrested for murder and drug dealing, “was my friend, is my friend and will continue to be my friend. Politics and friendship are separate.”

The law confers a reputation on all citizens and aliens which they may not deserve. For that matter, even Dawood Ibrahim has never been convicted by any Indian court, so it would be unfair to call him a ‘gangster’ – which all media outlets do. Now, in 1966, in what later became known as the celebrated New York Times versus Sullivan defamation case, the US Supreme Court pronounced that public figures had to take defamatory statements in their stride because the people’s right to know could not be stifled.

Only if a victim could prove the newspaper intentionally published false information with malice would they be awarded compensation. This became known as the ‘Actual Malice Test’, which allowed Seymour Hersh to escape scot-free after alleging in his book that the late Prime Minister Morarji Desai was a CIA agent.

What is good for the US is good enough for India since both our countries are the world’s oldest and largest democracies respectively. Subramaniam Swamy’s petition in the Supreme Court in 2016 to decriminalise the law of defamation was unsuccessful. To make things spicier, Swamy has alleged Rahul Gandhi was a drug addict and Sonia Maino was a waitress.

Swamy argued in person before the then Chief Justice of India (CJI), Dipak Misra, himself a controversial figure, who was targeted by four judges in 2018. Misra’s judgment while presiding over a two-judge bench is replete with bombastic but unintelligible phraseology. He may have wanted to display his erudition as an MA in English literature. Thankfully, he retained the penal provisions of the law of defamation.

“This batch of writ petitions preferred under Article 32 of the Constitution…. exposits cavil in its quintessential conceptuality and percipient discord between venerated and exonerated right of freedom of speech and expression of an individual, exploring manifold and multilayered, limitless, unbounded, and unfettered spectrums, and the controls, restrictions and constrictions under the assumed power of ‘Reasonableness’.” (sic) Whew!

Shorn of bombast, CJI Misra opined the criminal provisions of the law of defamation would continue. This is why an aggrieved person can today file both a criminal complaint for defamation under sections 499 and 500 of the IPC which is much quicker and simpler and also a civil suit for defamation which is a civil wrong.

In 2004, Justice J A Patil of the Bombay high court quashed a summons issued against the late Shiv Sena patriarch, Bal Thackeray, for stating that “cows at least give milk but this woman (Sonia Gandhi) will suck your blood”. The judge reasoned that Sonia Gandhi herself had not approached the court but a Congress worker had lodged the complaint on her behalf. Rahul Gandhi continues to appear in a Bhiwandi court for making allegedly defamatory statements against the RSS.

Now, what emerges from this discussion is that a person who is defamed has to himself complain to the court but in the case of Sameer Wankhede, it is his father, Dnyandev, who has approached the court simply because Wankhede himself has to take the Central government’s okay to file a defamation suit against Malik.

Now, although the Supreme Court has not explicitly upheld the actual malice test laid down by the US Supreme Court in 1966, Nawab Malik’s allegation that NCB zonal director Sameer Wankhede’s partner Kashif Khan had “forced” the Mumbai District Guardian Minister Aslam Shaikh to attend the cruise party is interesting. “If he had done so, it would have been ‘Udta Maharashtra’ after ‘Udta Punjab’,” alleged Malik, whose son-in-law’s arrest in a drugs case is alleged to be the provocation for his outbursts.

This is why we have a robust and doughty media to highlight the shenanigans of our politicians who sue each other for character assassination. That they lack character which cannot be assassinated is a different matter.