With new cases dwindling, China is among the very first countries that are able to explore ways of restarting its economic engine while keeping the virus under control.
Xinhua 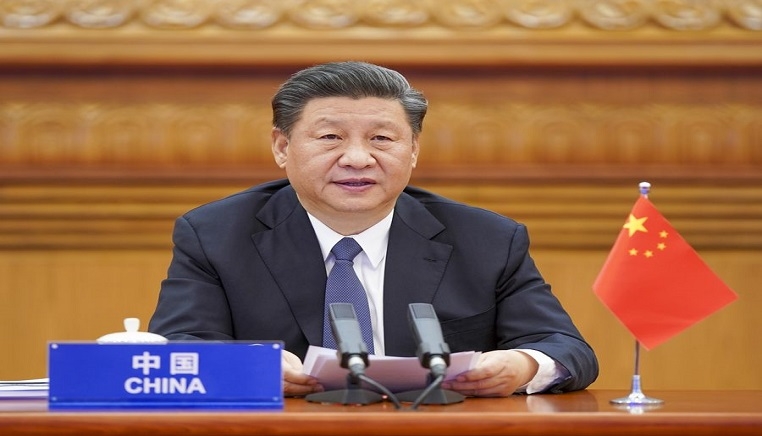 BEIJING -- At a time when the world economy is plagued by the coronavirus pandemic, policymakers across the globe are faced with the same dilemma: how to get the economy back on track amid containment of the virus?

With new cases dwindling, China is among the very first countries that are able to explore ways of restarting its economic engine while keeping the virus under control.

The trajectory of the Chinese economy toward more steady growth in the long run has not changed, said Chinese President Xi Jinping during an inspection tour from Monday to Thursday in northwest China's Shaanxi Province, urging more efforts to accelerate the transformation of economic growth modes and firm up the real economy, especially the manufacturing sector.

Since COVID-19 has been basically contained domestically, Xi, also general secretary of the Communist Party of China (CPC) Central Committee and chairman of the Central Military Commission, has personally chaired a number of key meetings themed on coordinating epidemic control and business resumption, offering the world insights into when to restart an economy and how.

After over two months of lockdown, Wuhan, the Chinese city hardest hit by the novel coronavirus outbreak, lifted its outbound travel restrictions on April 8.

The decision to lift the lockdown, just like the one imposing it, required both cautious assessment and courage in policymaking.

Hubei Province first reported zero increase in confirmed cases on March 18, a milestone for the main battlefield of the anti-virus fight. Previously, new confirmed cases elsewhere in the country had been declining for more than a month.

"The economy is a dynamic circulating system that cannot afford a long-term disruption," Xi said during an important speech in Beijing in February.

But lifting certain restrictions does not mean the country has eased its epidemic control efforts. Across the country, strict quarantine measures were taken to ensure the hard-won results be maintained.

While the positive momentum in China's epidemic prevention and control is being consolidated, the task remains formidable, requiring control measures on a regular basis and strengthened efforts to guard against both imported infections and domestic rebounds, according to a recent meeting of the Political Bureau of the CPC Central Committee chaired by Xi.

During his inspection in March to a port in Ningbo of eastern China's Zhejiang Province, Xi said that things could gradually get back to normal amid a positive trend in epidemic control, but also cautioned against a potential comeback of the virus.

"Although the vast majority of regions in the country are now at low risk, it is not yet time to think everything is fine. We need to be careful and patient," he said.

The country is restarting its economy in a gradual and orderly manner. Factories and grocery stores were among the first to resume operation, followed by restaurants and barbershops. Depending on the risks of different regions, schools are scheduled to reopen, while indoor sports venues will soon receive customers.

"With continued epidemic prevention and control as a precondition, we must now actively push forward the resumption of work and production, ensuring not only production tasks but also people's health," Xi said during his inspection in Zhejiang.

In coordinating epidemic control and business resumption, China has avoided a "one-size-fits-all" approach and resorted to more targeted measures to revive different regions.

"Region-specific, multi-level targeted approaches to business resumption must be implemented," Xi said in the February speech.

According to a national guideline, regions with relatively low risk should focus on preventing imported cases and comprehensively restoring the order of production and life. Medium-risk regions should promote work and production resumption in an orderly manner, while high-risk regions should continue to be fully committed to epidemic prevention and control.

Local authorities have been on high alert to adjust epidemic response measures according to dynamic changes in risk levels. Wuhan has shifted its focus to business resumption as the city is now categorized into a low-risk region. Chaoyang District of Beijing, on the other hand, was categorized into a high-risk region for clustered infections reported in the past week and is required to take stringent virus control measures.

The Chinese health authority has also scaled up testing and treatment for COVID-19 infections in border areas as the country faces a rising risk of imported cases.

Xi has paid special attention to those vulnerable groups impacted by COVID-19.

The country's small and medium-sized enterprises (SMEs), contributing an increasing share to the economy, were among the hardest hit by the virus as strict quarantine measures dampened demand and strained cash flows.

Right after the basic containment of the virus, Xi paid a visit to Zhejiang Province, where SMEs account for a major part of the local economy.

Stressing that the CPC Central Committee has kept SMEs and private firms in mind when making policies, Xi said that more targeted measures will be introduced to help them tide over difficulties.

"We will prevent the SMEs from being fundamentally weakened, help them recover to a good state and have new development as soon as possible," Xi said.

Large state-owned enterprises should lead enterprises in both upstream and downstream sectors as well as SMEs to fully resume production and work with regular epidemic control measures in place, Xi said Wednesday while inspecting work resumption and economic recovery in Xi'an, the provincial capital of Shaanxi.

Rather than initiating a "flood-like" stimulus to shore up the economy, the country has resorted to targeted cuts in reserve requirement ratios for small banks to channel funds into SMEs and stepped up fiscal support, reducing taxes and fees for these firms.

As of mid-April, about 84 percent of SMEs have resumed businesses, data from the Ministry of Industry and Information Technology showed.

Special care was also given to low-income groups, who are faced with mounting pressure as COVID-19 deprived many jobs and posed new challenges to the country's poverty relief work.

During his inspection tour to Shaanxi, Xi sat down with local residents who were relocated from poverty-stricken areas and stressed the importance of securing employment for relocated people to settle down in their new homes, make more money and not fall back into poverty.

"Being lifted out of poverty is not an end in itself but the starting point of a new life and a new pursuit," he said.

Like the remarks he made while inspecting Zhejiang Province, Xi once again stressed the importance of turning crises into opportunities.

"We must stay good at seizing and creating opportunities from the current crises and challenges and continue to develop new models, forms of business, technologies and products, so as to create new and greater achievements and reach new heights," he said.