HomeWorldWorld Rabies Day 2022: Date, significance, and all you need to know

World Rabies Day 2022: Date, significance, and all you need to know

A chance for people, NGOs, and governments to network and share their efforts, as well as for the community to join together against rabies

The international day of action and education for rabies prevention is known as World Rabies Day. It is observed on September 28; it is a chance for the community to come together as well as for people, NGOs, and governments to network and share their efforts.

Only on particular occasions, such as tomorrow, when it is World Rabies Day, or when an individual has been bitten by an animal, we do discuss rabies. The disease is curable with vaccination. In India, rabies claims the lives of up to 20,000 people annually.

The onset of symptoms in people often takes two to three months. As the earliest symptoms of rabies are nonspecific, such as a fever and headache, they frequently go unnoticed.

As the disease spreads and causes inflammation of the brain or meninges, more serious symptoms are noticed, such as partial paralysis, anxiety, insomnia, confusion, agitation, anger, paranoia, terror, hallucinations, and progressing to delirium and coma.

More severe symptoms, such as partial paralysis, anxiety, insomnia, disorientation, agitation, wrath, paranoia, panic, hallucinations, and eventually delirium and coma, appear when the disease progresses and causes inflammation of the brain or meninges.

The National Animal Disease Reporting System and the National Centre for Disease Control are two scientific organisations that focus on zoonotic illnesses in India. These organisations rely on their Integrated Disease Surveillance Program to compile pertinent data onto a single platform.

Gill G.S et al. (2019) conducted a study in Punjab, sampling potentially rabid animals from four subdistricts in 2016-17 and extrapolating the data to estimate the rabies incidence in the state. This study is one of the few published studies about the actual rabies incidence in India, 30 of the 33 suspicious samples that were provided confirmed positive for rabies.

The authors conjecture that if similar testing was conducted state-wide, a total of 458 animals (dogs, cattle, pigs, and equids) might be found positive for rabies in Punjab annually. The current statistical tallies are being decided on the number of human bite cases reported and not on the number of rabid dogs.

Read Also
Here are rare 10 animal species, that you can spot in India before they go extinct 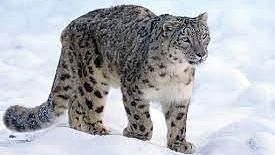