Woman meets man who got dead brother’s face in transplant 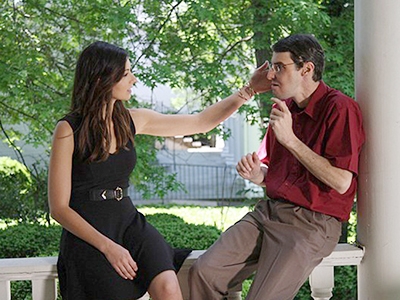 Los Angeles : In an emotional get-together, a woman has met for the first time a man who received her late brother’s face in a groundbreaking transplant. Rebekah Aversano visited Richard Norris at his Virginia home and stroked his face — which once belonged to her 21- year-old brother Josh.

“Do you mind if I touch it?” Aversano asked during the emotional meeting filmed by “60 Minutes Australia.”     “Wow,” she said in the 30-second teaser. “This is the face I grew up with.”

The family of Aversano had donated the face of Josh to Richard Norris, who had suffered severe facial disfigurement after accidentally shooting himself in 1997 when he was 22.

Norris, now 39, had undergone dozens of conventional operations to try to repair damage from the shooting accident but had limited success, leaving him depressed and suicidal.  In one of the most complex face transplants in history, a team at the University of Maryland medical centre took 36 hours in March 2012 to transplant teeth, a jaw, tongue muscles and nerves.

Joshua’s mother, Gwen, told Canada’s CTV News network the family knew the donation was the right thing to do. “We can definitely see our son in him. Some of the facial features would definitely be our son, so we could see similarities, very much so”, she said.

Norris chose to have the transplant even though doctors gave him only a 50 per cent chance of survival.

The doctor who performed the operation, Eduardo Rodriguez, said Norris took on an enormous responsibility because his body will always regard the new face as a foreign object, prompting attacks by his immune system. Norris cannot drink or smoke and must take a cocktail of anti-rejection drugs for the rest of his life.