Will bring daughters to India on next visit: Obama 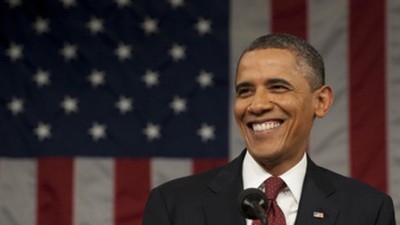 New Delhi: US President Barack Obama said he will bring his daughters on his next India visit.

He, however, said that may not be during his tenure as the president.

“They (my daughters) very much wanted to come. They are fascinated by India, Unfortunately each time that I have taken a trip here, they had school and they couldn’t leave school,” he said during the “Mann Ki Baat” radio programme recorded with Prime Minister Narendra Modi.

“They are fascinated by the culture, and the history of India, in part because of my influence I think, they are deeply moved by India’s movement to Independence, and the role that (Mahatma) Gandhi played, in not only the non-violent strategies here in India, but how those ended up influencing the non-violent Civil Rights Movement in the United States,” Obama said.

“So when I go back I am going to tell them that India is as magnificent as they imagined,” he said.  He said next time he comes to India, he will definitely bring his daughters along.

“I am quite sure that they are going to insist that I bring them back the next time I visit. It may not be during my presidency, but afterwards they will definitely want to come and visit.”

Modi in response said Obama is always welcome to India, during or after his presidential tenure.

Obama also said that he will be taking gifts back for his daughters, and as he cannot shop himself, his staff will do this for him.

“I will definitely do some shopping for them. Although I can’t go to the stores myself, so I have to have my team do the shopping for me. And I’ll get some advice from Michelle, because she probably has a better sense of what they would like,” he said.