'Why was it kept as a secret?': Labour leader Corbyn won't let Trump off the NHS hook anytime soon

President Trump is visiting the UK to attend a Nato summit on Wednesday in Watford, south-east England, commemorating the 70th anniversary of the transatlantic organisation.

President Trump has made it very clear in the past that the US has nothing to do with the NHS and wouldn’t take it even if it was handed to him “on a silver plate”. However, Corbyn is persistent and said that he is sceptical about Trump’s claim and assures that he will confront the President over it personally, said The Guardian.

Corbyn had recently written to Trump, demanding assurances that the UK's state-funded National Health Service (NHS) will be "off the table" in any post-Brexit US-UK trade talks.

According to a report by The Guardian, Corbyn asked BBC, “If that’s the case, why have these talks gone on for two years?”

He added saying, “Why have they been kept secret? Why was, on a freedom of information request, the document only produced in redacted form? And eventually the full text has been released.”

The issue has dominated Labour's allegations against the ruling Conservative Party, which is accused of plotting to sell NHS contracts to the US but Johnson has dismissed the claims were "nonsense". Jeremy Corbyn, a vocal critic of the US President, has called for Trump to be treated with "respect and politeness" during his visit.

President Trump is visiting the UK to attend a Nato summit on Wednesday in Watford, south-east England, commemorating the 70th anniversary of the transatlantic organisation.

Trump said he was staying out of the UK election on December 12 "because I don't want to complicate it".

Pressed further on why he was choosing to stay off the election topic, he said: "Because I don't want to complicate it. I'll stay out of the election."

"You know that I was a fan of Brexit. I called it the day before. I think Boris is very capable and I think he'll do a good job," he said.

Read Also
Decoded: Cabinet passes Citizenship Amendment Bill - what is it and how will it work? 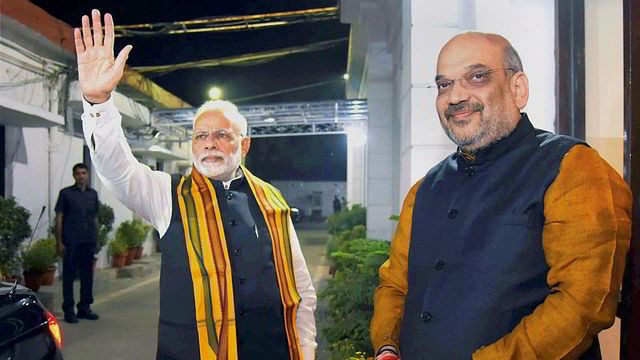 HomeWorld'Why was it kept as a secret?': Labour leader Corbyn won't let Trump off the NHS hook anytime soon