As the theme of Biden's inauguration was "American United", the US fashion industry took a centre stage at the momentous occasion.

CNN decoded Harris' outfit stating, "Kamala Harris is wearing purple, something pretty significant to her. When she ran for president, one of her colours of her campaign was purple and yellow. That is a nod to Shirley Chisholm who ran for president as a black woman decades ago and has inspired her political career.” 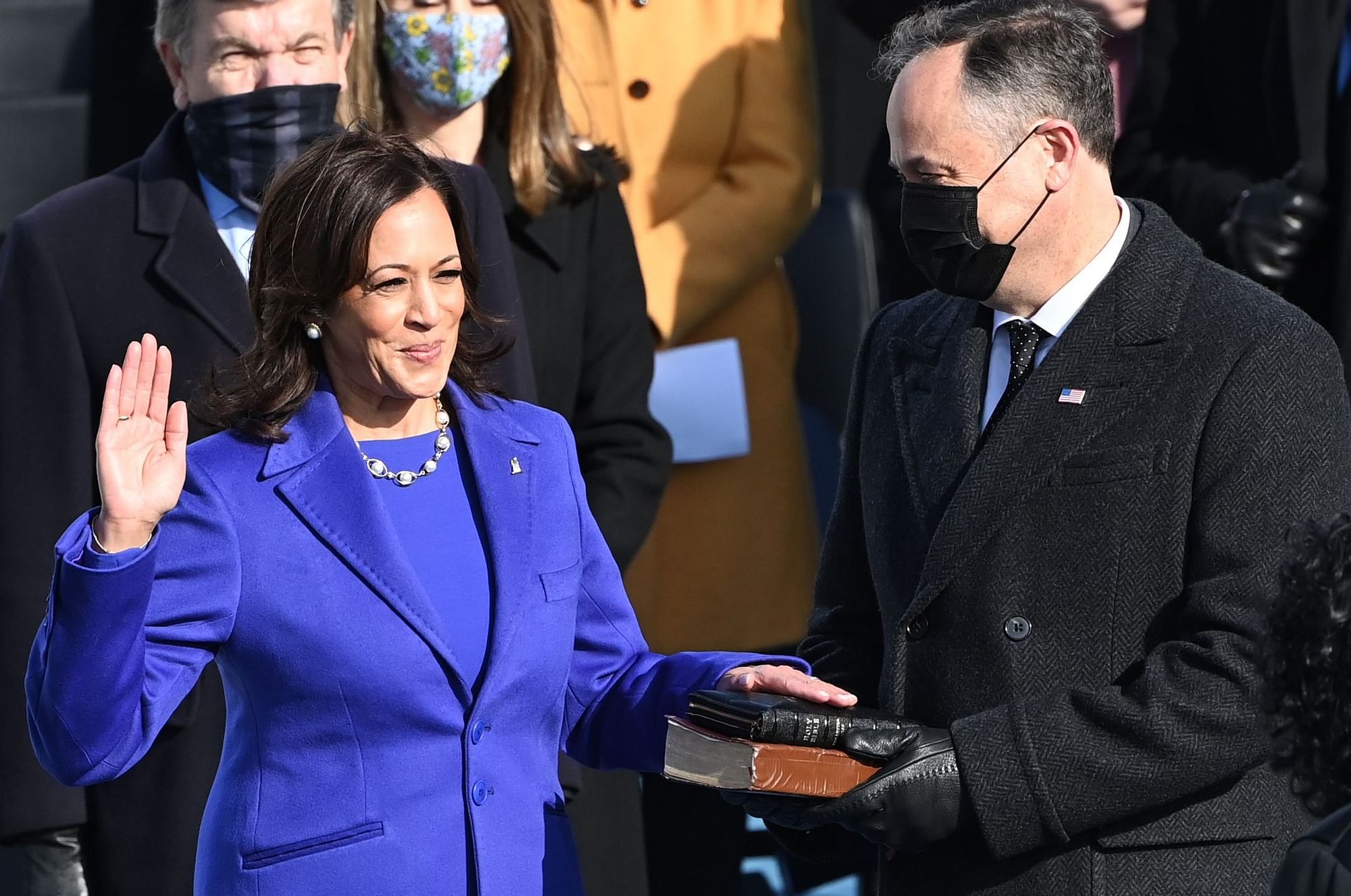 The first lady Jill Biden opted for a blue coat and dress embellished with Swarovski crystals and pearls by Alexandra O'Neill, originally from Colorado, who designs for Markarian, based in New York City. She coordinated her blue Markarian coat with her husband's blue tie from Ralph Lauren, a label famous for its classic, All American image. The colour of the day seemed to be purple, which is the colour of the women's suffrage movement. Vice President-elect Kamala Harris, former First Lady Michelle Obama, and former Secretary of State Hillary Clinton were seen in varying shades of purple to send a symbolic message through their wardrobes.

The colour, a mix of both red and blue, is traditionally recognised as a sign of bipartisanship, The Hill reported.

Hillary Clinton donned her signature pantsuit in a monochrome fashion, including a blazer, trousers, a matching ruffled scarf, and a darker-hued overcoat. According to a report by NDTV, Clinton said, "I did wear purple with a purpose because I knew the theme that President Biden was striking was unity. I thought as you combine red and blue, the way that we are divided politically in our country, you get purple. I wanted just to send a bit of a symbolic message that we need to come together."

Michelle Obama opted for a plum hue for her ensemble and stunned while wearing a turtleneck, wide-leg pants, and a matching cinched belt by Sergio Hudson, another Black American designer who she has worn previously. The women's suffrage movement was a decades-long fight to win the right to vote for women in the United States.

On August 18, 1920, the 19th Amendment to the Constitution was finally ratified, enfranchising all American women and declaring for the first time that they, like men, deserve all the rights and responsibilities of citizenship.