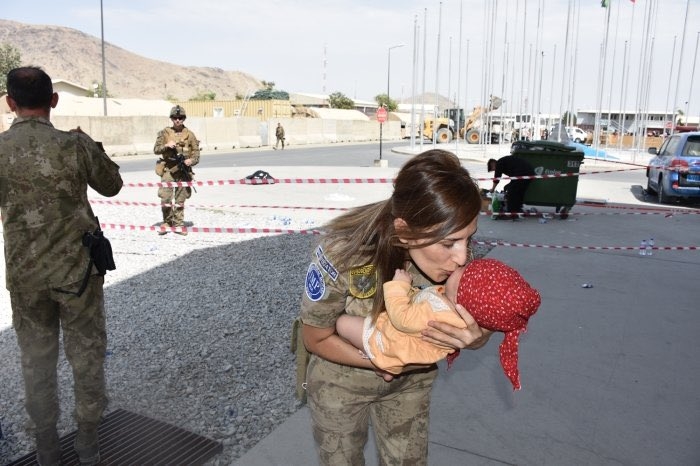 Turkish soldiers on Friday helped a two-month-old baby Hadiya, who was separated from her mother during the turmoil that broke out at the Hamid Karzai International Airport in Afghanistan's capital, Kabul.

Amidst scores of residents trying to flee Kabul in the face of the Taliban having effectively taken control of the capital, several people including children have been misplaced. In one such video, Turkish military personnel can be seeing taking care of a baby who was separated from her mother.

The hopeful wait around Kabul airport continues for those who want to leave the country after the Taliban took control. Thousands of people, including women and children, spend the night at the airport checkpoint waiting for evacuation procedures to be completed.

In the turmoil around the airport, Farista Rahmani was separated from her 2-month-old baby Hadiya Rahmani and her husband Ali Musa Rahmani, reports said.

Turkish soldiers helped the father and two-month-old baby, bringing them to the safe zone, cleaning the baby's bottom and feeding. The baby was later handed over to her father.

Turkish soldiers are also distributing water and food to those who are waiting at the airport during the evacuation process.

In a dramatic turn of events that brought an effective end to the 20-year-old war, the Afghan military collapsed in the face of the Taliban's lightning offensive and so too did its government in Kabul under former President Ashraf Ghani, who fled the country Sunday and is now in the United Arab Emirates. 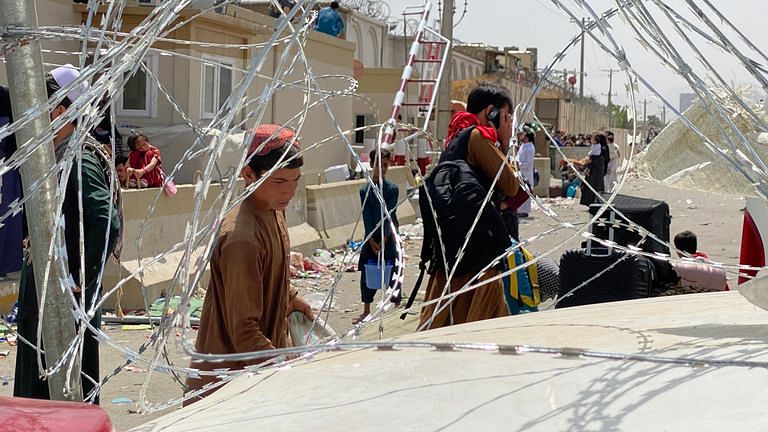