A group of Afghan women activists staged a protest in Kabul on Friday, seeking equal rights and ensuring decision-making roles for them in political life

Kabul: A protest led by women rights activists in Kabul turned violent after Taliban forces prevented them from marching towards the presidential palace.

According to Tolo News, the Taliban prevented the demonstrations from continuing by spraying tear gas. The women in Kabul are staging protests, demanding their rights and representation in the new government.

They say their role in the next government should be significant.

This is the second day of the protest. A group of Afghan women activists staged a protest in Kabul on Friday, seeking equal rights and ensuring decision-making roles for them in political life in the country that has been taken over by the Taliban.

Amid reports of the formation of a new government in Afghanistan to be headed by Taliban co-founder Mullah Baradar, a group of women's rights activists in Kabul asked the outfit to ensure decision-making roles for women in the future government.

A video of the protest was also live-streamed by the group, which called for the recognition of women's political, economic, and social rights.

Earlier, dozens of Afghan women on Thursday held protests in the western Afghan city of Herat demanding rights and female representation in the government formation after the Taliban took control of the war-ravaged country.

Experts believe that Afghan women are most likely to face an uncertain future under the terrorist group regime.

Under the Taliban, which ruled in accordance with a harsh interpretation of Islamic law, women were largely confined to their homes.

In recent weeks, the Taliban has been sending mixed messages about women working. In late August, the group's spokesman, Zabihullah Mujahid, said that women who work with the government should stay at home until they can ensure their safety on the streets and in offices. 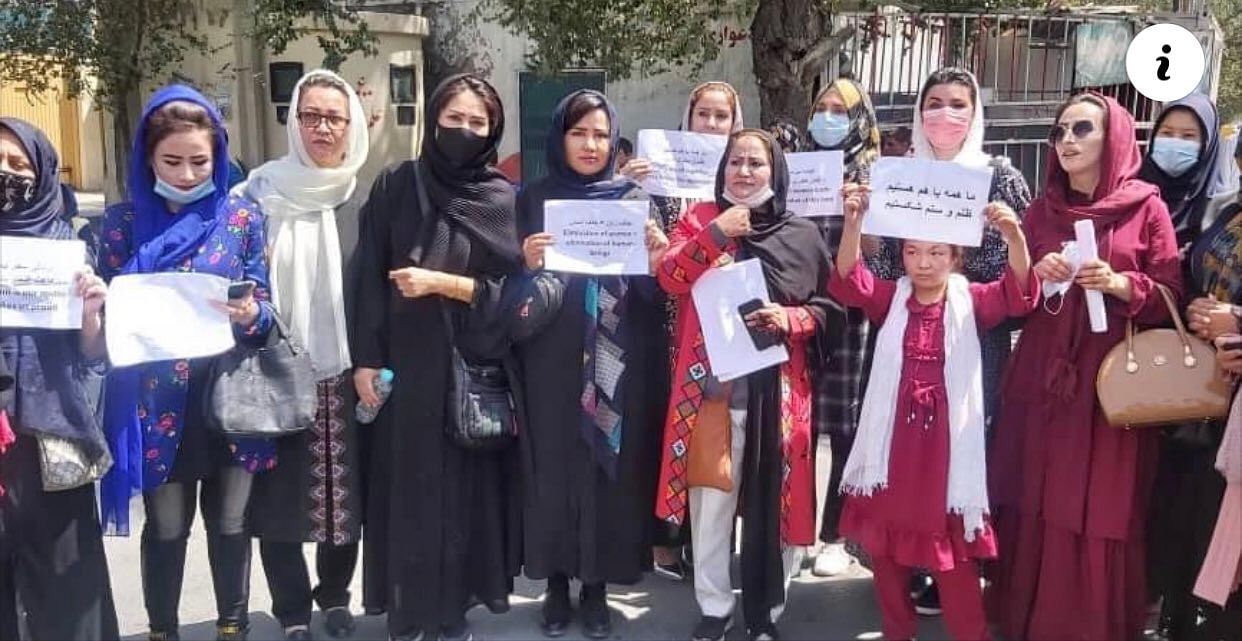