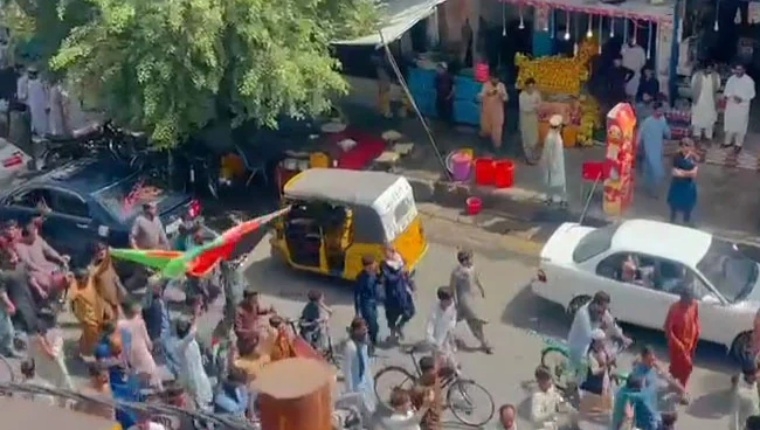 People on Wednesday took down to streets in Afghanistan's Jalalabad city demanding the reinstallation of Afghanistan's flag on offices instead of the Taliban's flag. However, the Taliban fighters opened fire at the protesters.

According to local news agency Pajhwok Afghan News, the Taliban fighters also beat up some journalists who were covering the protest.

In videos that have gone viral on social media, hundreds of people could be seen taking out a march carrying Afghanistan's flag. Gunshots could be heard in the background as the protesters dispersed from the area.

In the attack which was carried out during the protest, at least two people have been killed and 12 have wounded. A black-on-white Taliban flag that was waving at a roundabout in Jalalabad, located about 115km east of the capital Kabul, was removed and replaced with the black, red and green flag of the previous Afghan government on Wednesday morning.

These protests mark the first sign of rebellion against the Taliban ever since the militant group took control of Afghanistan on August 15. Many Afghans have fled the country and thousands are still waiting to board a flight at the Kabul airport.

Though the Taliban has tried to project a softer image this time, announcing a general amnesty and calling women to join their work in the government, the memories of public flogging, execution and stoning for adultery during their rule between 1996 and 2001 is still strong.