Pittsburgh: Two people fired into a van outside a Pittsburgh school at dismissal time on Wednesday afternoon, sending a 15-year-old student to a hospital where he later died, authorities said.

No arrests were immediately announced. Police said they were reviewing surveillance videos and seeking witnesses.

Oliver Citywide Academy describes itself on its website as "a full-time special education centre serving grades 3 to 12." School officials said all other students were safe inside the building. The school was locked down for a time.

Parents of the victim and other students had been notified, officials said.

Police Chief Scott Schubert said such a shooting occurring at a school was of particular concern.

"That's something we don't want, and we're going to do everything we can to find out who did it and bring them to justice," he said.

Mayor Ed Gainey pleaded for anyone with information about what he called "this heinous and criminal act" to come forward.

Interim Superintendent Wayne Walters said support services would be provided to students and staff, and the school would shift to remote instruction until Monday.

"As a former principal, I know just the possibility of an incident like today is what keeps us up at night," he said.

Walters said a teacher told him that the youth had been a student at the school since third grade.

"He loved school and he was so happy today to be back in school after the long weekend and school COVID closure," Walters said. "His smile was contagious and lit up a room. His sense of humour was infectious, and the staff member said that staff are inconsolable at this time because they loved him so much." 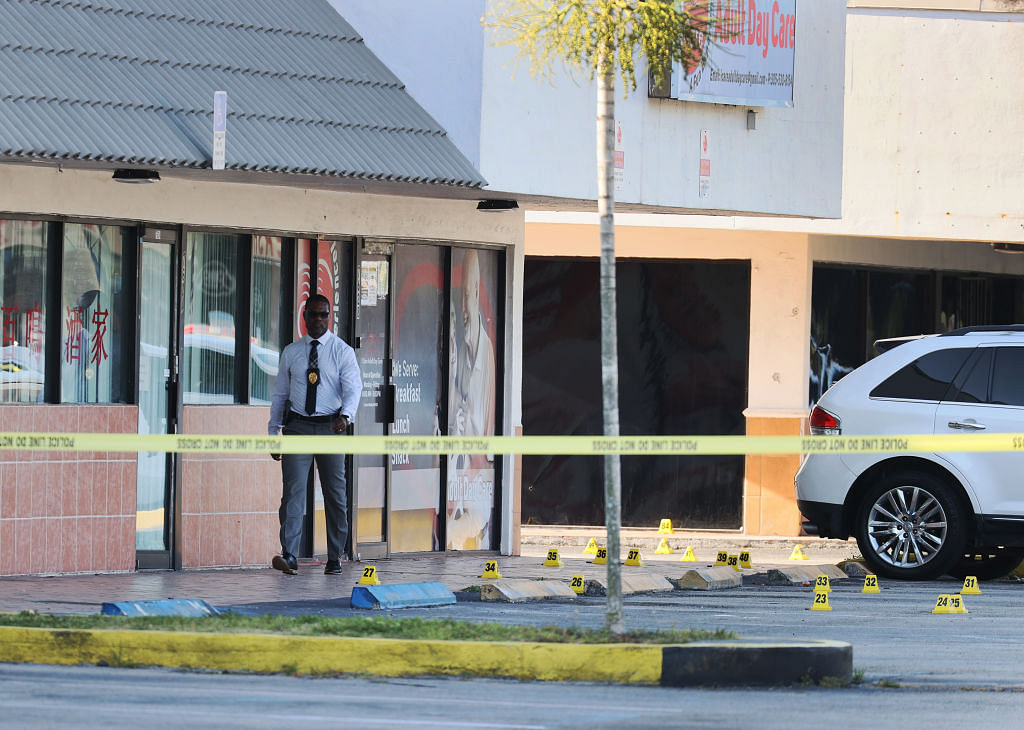 US mass shootings set record in 2021 amid gun violence surge