The top leaders of PML-N, led by Prime Minister Shehbaz Sharif, met on Wednesday with the party’s supreme leader Nawaz Sharif, who was briefed on the “serious economic, constitutional and administrative crises inherited by the present government”.

In a statement issued on Wednesday, Information Minister Marriyum Aurangzeb said the meeting reviewed in detail the steps taken by the government since it came to power last month and considered recommendations to save the public from inflation and power outages.

The PML-N delegation dashed to London as political and economic pressure mounted on the government which is expecting organised protests by ousted premier Imran Khan who is demanding early elections.

Marriyum said another meeting has been scheduled for Thursday during which concrete decisions are expected to steer the country out of trouble, the Dawn newspaper reported.

The meeting would approve a strategy to steer the country out of economic and constitutional crises. All decisions would be announced with the support of the coalition parties, she said in a statement.

The UK visit marked the Sharif brothers’ first in-person meeting since March 2020. Other London-based party figures were also present at the meeting which was held at an undisclosed location, the report said.

A video clip showed Nawaz Sharif, 72, patting his younger brother. A photo of the prime minister hugging his 70-year-old younger brother was also shared. Another photo showed the two Sharifs chairing the meeting.

The bigger concern is the deteriorating economic situation and the inability to control the prices of daily items used by common citizens.

Khan lashed out at the trip, saying at a public meeting on Tuesday that the entire cabinet was going to meet a “corrupt and convicted” person, that too on taxpayers’ money.

Prime Minister Shehbaz Sharif is expected to stay in London for two to three days.

Three-time premier Nawaz Sharif, against whom several corruption cases were launched by the government of Khan, had left for London in November 2019 after the Lahore High Court granted him four-week permission to go abroad for his heart treatment.

Khan, 69, who was removed from office in early April through a Parliament vote, accused the US of conspiring to dislodge his government, citing communication from the country’s ambassador in Washington. The US government has bluntly denied the allegations multiple times.

PML-N President Shehbaz Sharif assumed the office of the prime minister on April 11. The term of the current House ends in August 2023.

Nawaz Sharif was removed from power in 2017 after a decision by the Supreme Court against him. He was later convicted separately in two corruption cases in 2018.

Sharif was given a 10-year prison sentence for owning property in London called the Avenfield case but was released two months later when the court suspended the sentences, pending a final judgement.

But in December 2018 he was jailed for corruption again, this time for seven years, related to his family’s ownership of steel mills in Saudi Arabia called the Al-Azizia Steel Mills case.

In both cases, he failed to provide the money trail to procure these foreign assets.

Sharif was in jail when allowed to go to London for four weeks for medical treatment but never came back. 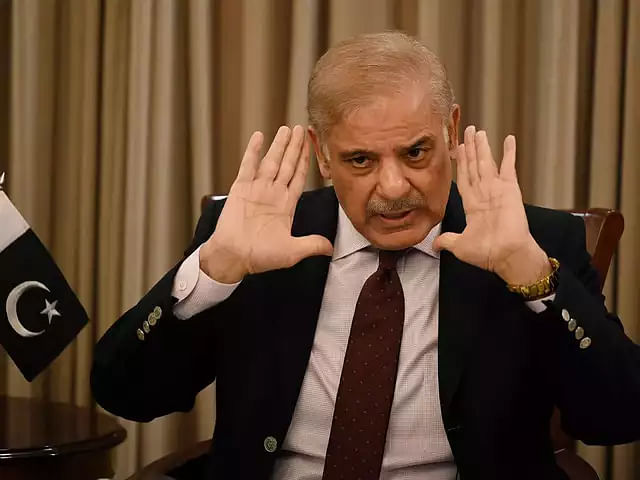