The alleged mob attack on the temple happened despite Bangladeshi Prime Minister Sheikh Hasina's affirmations of strict action following incidents of communal violence that those who attacked Hindu temples will be hunted down and punished.
FPJ Web Desk 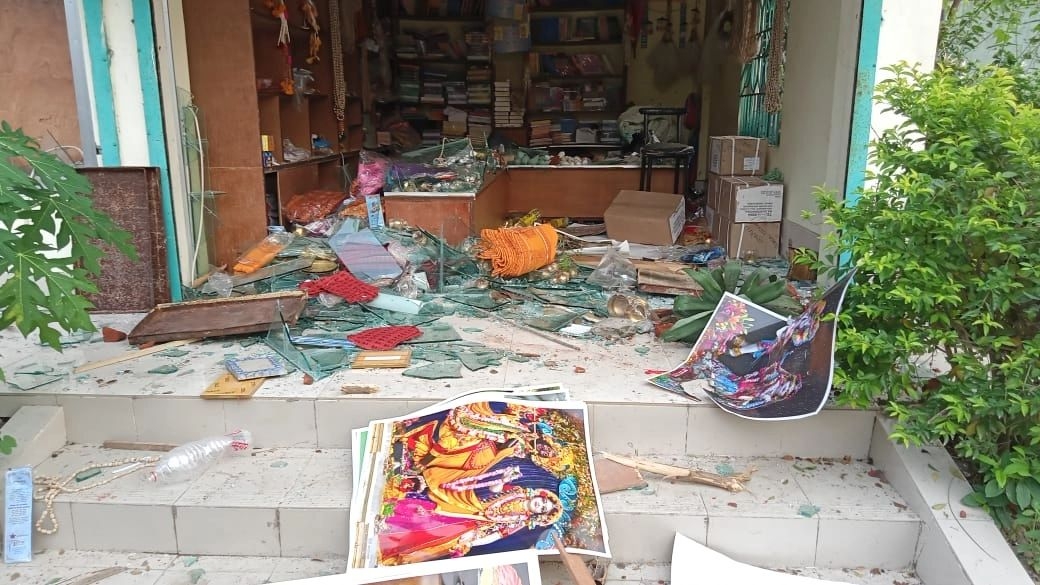 Dhaka: One person was killed and 30 others were injured in mob attacks on ISKCON temple in Bangladesh's Noakhali on Friday. The incident unfolded in Chowmuhani area where Section 144 has been imposed to keep the situation under control.

"It is with great grief that we share the news of an ISKCON member, Partha Das, who was brutally killed yesterday by a mob of over 200 people. His body was found in a pond next to the temple. We call on the Govt of Bangladesh for immediate action in this regard," the official Twitter handle of the ISKCON community said.

Shri Partha Das, 25 years, was a enthusiastic devotee and liked by all in the community.

We pray to Sri Krishna to grant him hia shelter and prayers for strength in this hour of grief to the all family members and devotees. pic.twitter.com/RmsEjgrDUO

We call on the Govt of Bangladesh to ensure the safety of all Hindus & bring the perpetrators to justice. pic.twitter.com/ZpHtB48lZi

ISKCON in a further tweet said, "ISKCON temple & devotees were violently attacked today by a mob in Noakhali, Bangladesh. Temple suffered significant damage & the condition of a devotee remains critical. We call on the Govt of Bangladesh to ensure the safety of all Hindus & bring the perpetrators to justice."

The ISKCON authorities appealed the Bangladesh government to take action immediately, ensure the safety of all the Hindus and bring the perpetrators to justice.

On Thursday, Sheikh Hasina assured of strict action after Wednesday's incidents of communal violence in Cumilla. "The incidents in Cumilla are being thoroughly investigated. Nobody will be spared. It doesn't matter which religion they belong to. They will be hunted down and punished," Hasina said, reported Dhaka Tribune.

On Friday, Dhaka Tribune reported that a man named Jatan Kumar Saha was killed and 17 others were injured in an attack in Begumganj Upazila of Bangladesh's Noakhali district during Durga puja celebrations on Dusshera. The mob attacked, vandalized, and looted Hindu households, businesses, and several temples in Chaumuhani during their march, police said.

On Wednesday, communal violence took place in several places in the country after news of the alleged desecration of the Holy Quran at a Durga Puja venue on the bank of Nanuar Dighi came on social media.
Several puja venues were vandalized in the area of Chandpur, Chittagong, Gazipur, Bandarban, Chapainawabganj, and Moulvibazar. The violence resulted in several casualties, reported Dhaka Tribune.

Meanwhile, Hindu leaders in the country ruled that they would not immerse Durga idols in protest against the demolition of the JM Sen Hall's puja venue, that took place in the presence of police. They also demanded the sacking of a police officer. Advocate Rana Dasgupta, leader of the Hindu, Buddhist, Christian Unity Council, called a half-day strike on Saturday in Chittagong. "Details will be announced in the press conference on Saturday afternoon in Chittagong Press club," Dasgupta told IANS on Friday evening. 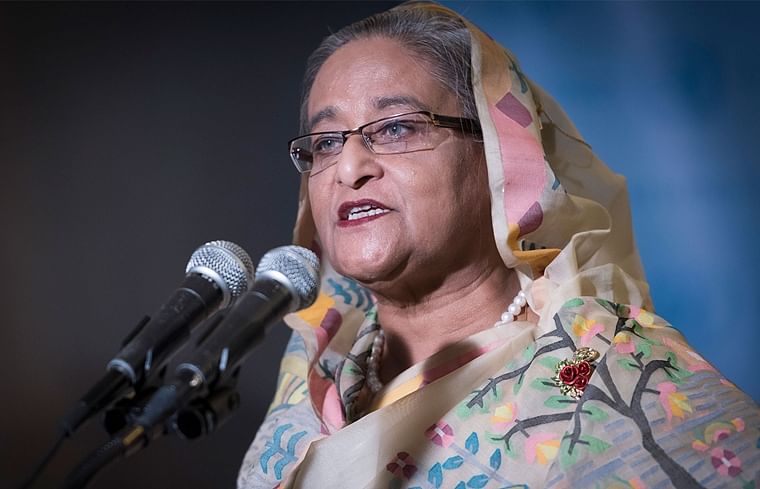