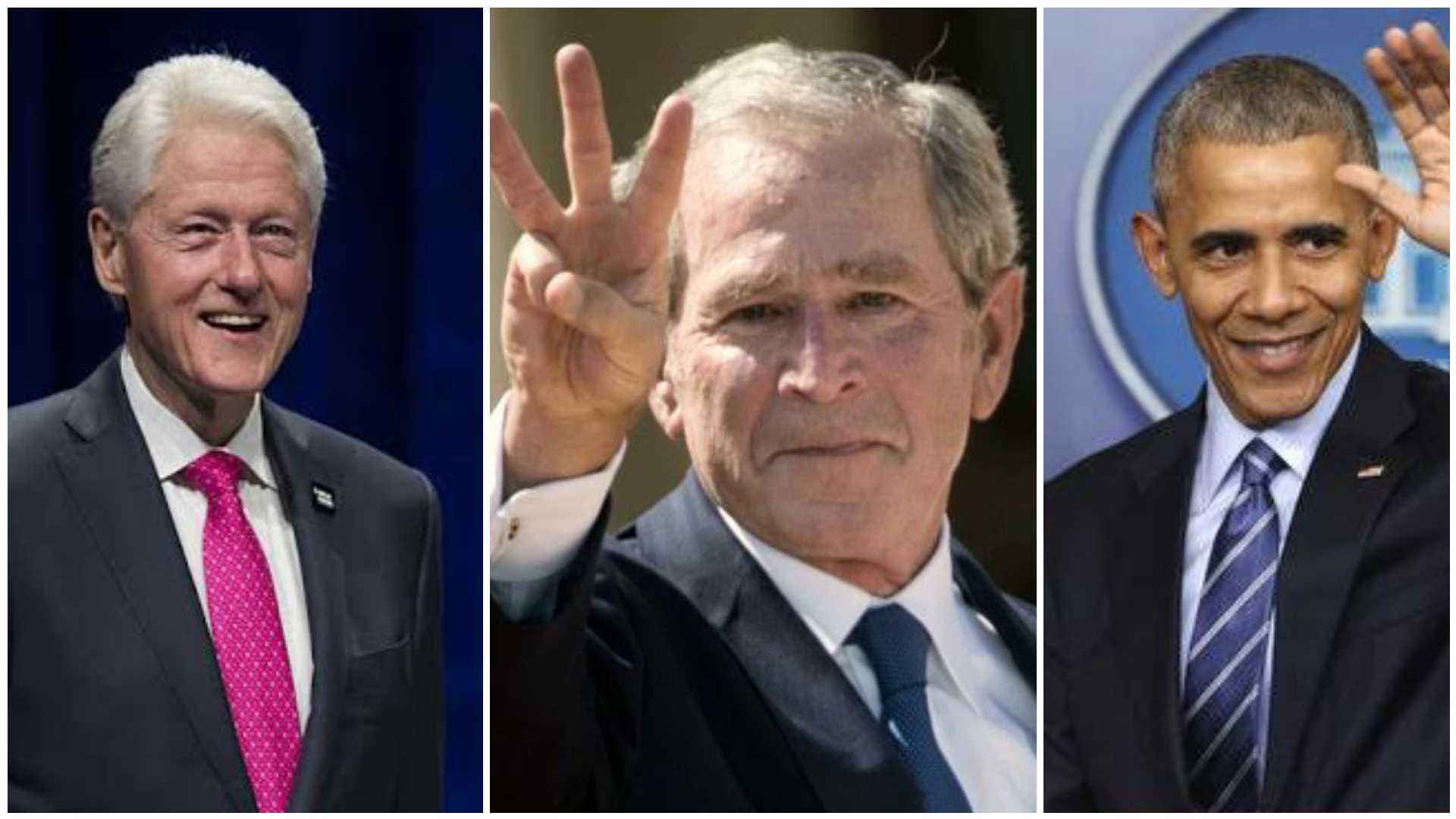 Three former presidents say they'd be willing to take a coronavirus vaccine publicly, once one becomes available, to encourage all Americans to get inoculated against a disease that has already killed more than 275,000 people nationwide.

Former President Barack Obama said during an episode of SiriusXM's "The Joe Madison Show" airing Thursday, "I promise you that when it's been made for people who are less at risk, I will be taking it." "I may end up taking it on TV or having it filmed," Obama added, "just so that people know that I trust this science." That may not be possible for a while.

The Food and Drug Administration will consider authorizing emergency use of two vaccines made by Pfizer and Moderna later this month, but current estimates project that no more than 20 million doses of each vaccine will be available by the end of this year. Each product also requires two doses, meaning shots will be rationed in the early stages.

Health care workers and nursing home residents should be at the front of the line, according to the influential Advisory Committee on Immunization Practices. That encompasses about 24 million people out of a U.S. population of around 330 million.

Still, former President Bill Clinton would "definitely" be willing to get a vaccine, as soon as one is "available to him, based on the priorities determined by public health officials," spokesman Angel Ureña said.

"And he will do it in a public setting if it will help urge all Americans to do the same," Ureña said in a statement Thursday.

Ureña declined to say whether Clinton's team has been in touch with other former presidents about perhaps setting up a joint public immunization session, whenever that might be possible.

Former President George W. Bush's chief of staff, Freddy Ford, told CNN that Bush recently asked him to meet with Dr. Anthony Fauci, the nation's top infectious disease expert, and Dr. Deborah Birx, the White House coronavirus response coordinator, to let them "know that, when the time is right, he wants to do what he can to help encourage his fellow citizens to get vaccinated." "First, the vaccines need to be deemed safe and administered to the priority populations," Ford told the network.

"Then, President Bush will get in line for his, and will gladly do so on camera." The only other living former president, Jimmy Carter, who at 96 is the oldest ex-president in U.S. history, also encouraged people to get vaccinated, but stopped short of pledging to do so himself in public.

"Jimmy Carter and his wife, Rosalynn, said today that they are in full support of COVID-19 vaccine efforts and encourage everyone who is eligible to get immunized as soon as it becomes available in their communities," the Carter Center said in a statement.

The voice of support comes as the U.S. recorded more than 3,100 COVID-19 deaths in a single day, far outpacing the record set last spring. The number of Americans hospitalized with the virus also has eclipsed 100,000 for the first time.

President Donald Trump was asked this summer if he would consider being the first to take the vaccine to send a message that it was safe. The president said that going first could also lead to accusations that he was being selfish, but that he would take it if recommended to do so.

"I would absolutely, if they wanted me to, if they thought it was right. I would take it first or I would take it last," Trump said during a July interview with Fox News. "You know that if I take it first, I will be, either way, I lose on that one, right?" Making Trump among the first to get the vaccine could indeed be controversial, given that he tested positive for the virus so recently. Vaccine trials excluded volunteers who had diagnosed infections - including those who had gotten treatment for the virus, which Trump had in October.

During a Thursday roundtable in Memphis, Tennessee, with Vice President Mike Pence, Dr. Robert Redfield, the director of the Centers for Disease Control and Prevention, said the U.S. must restore national trust in immunizations.

"There's been a great deal of challenge over the years of this growing concern of what I call 'vaccine hesitancy,'" Redfield said. "It's really sad as an infectious disease physician to see many people choose to leave vaccination on the shelf for themselves, their family and the community." Asked if he'd personally be taking a vaccine, Pence gave a thumb's up and replied, "Absolutely." President-elect Joe Biden said months ago that he'd take "a vaccine tomorrow" as soon as doing so was possible.

Biden told CNN during an interview Thursday that he too would be happy to get his vaccine publicly to encourage people to follow suit.

"People have lost faith in the ability of the vaccine to work," Biden said.

"Already the numbers are really staggeringly low, and it matters what the president and vice president do." That follows Biden's warning on Wednesday that the spread of the coronavirus pandemic over the next two months could kill as many as 250,000 more people, though he didn't offer details to back up such a bleak assessment.

"You cannot be travelling during these holidays," Biden told the public "as much as you want to." COVID-19 in Mumbai: BMC to vaccinate 1 crore people in a month