The arena management had put 12,000 do-not-sit stickers on the seats as part of the safety protocol. However, hours before Tulsa rally, the campaigners asked the event management to remove the stickers
Agencies 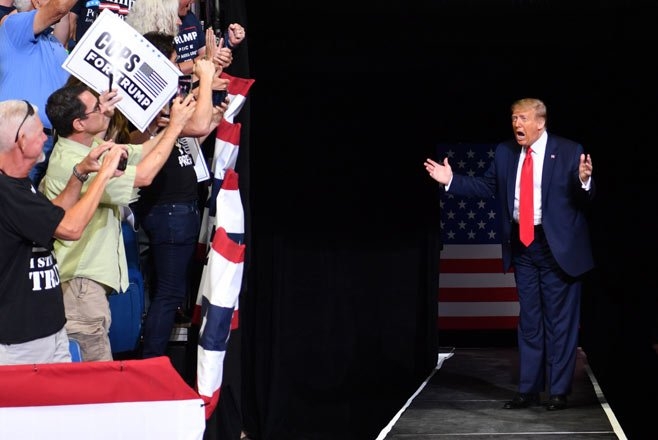 Despite US topping the list of coronavirus infected countries, thousands of ""Do Not Sit Here, Pease!" stickers were ordered removed from the seats at the President Donald Trump's rally in Tulsa, Oklahoma, reported The Washington Post.

The arena management had reportedly pasted 12,000 do-not-sit stickers on the seats as part of the safety protocol amid the coronavirus pandemic. However, hours before the rally, the campaigners asked the event management to remove the stickers, The Washington Post quoted a person involved in the event.

Billboard Magazine, the first to report about the actions during the Trump's campaign, reported that a video created by a third party showed Trump staffers walking down the aisles of the BOK Center and peeling the stickers from thousands of chairs before the rally.

Meanwhile, Trump campaign spokesperson Tim Murtaugh said in a statement, "The rally was in full compliance with local requirements. In addition, every rally attendee received a temperature check prior to admission, was given a face mask, and provided ample access to hand sanitizer."