The prayer vigil was just one part of a ceremonious and solemn day on Capitol Hill.
ANI 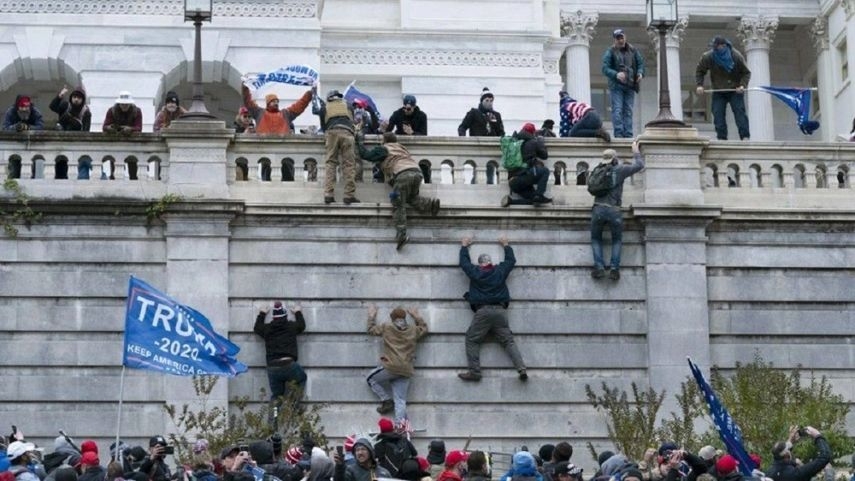 Washington: Congressional leaders and lawmakers on Thursday (local time) marked the one-year anniversary of the January 6, 2021 attack on the US Capitol with a vigil on the steps of the Capitol.

The prayer vigil was just one part of a ceremonious and solemn day on Capitol Hill. Several events were held to mark the January 6 anniversary.

Around hundreds of members of Congress wearing masks stood outside holding candles at the vigil.

"On behalf of the distinguished Democratic leader of the Senate, all of our colleagues from the House and Senate, we prayerfully mark one year since the insurrection, and patriotically honour the heroes who defended the Capitol and our democracy that day," Pelosi said in her remarks.

"Let us all here join in a moment of silence in memory of those who lost their lives and sacrificed so much for our democracy that day," added the House Speaker.

Speaking at the event Reverend Michael Curry, Presiding Bishop of the Ethical Church said, "Let us pray. We need your help, Lord, now, to be the democracy you would have us to become, to be the nation you would have us to be. One nation, under God, indivisible with liberty and justice for all. So, we ask you now to help us, to help all those who are traumatized. Help all of those who have lost loved ones. Help those who are struggling. Help us to be instruments of your peace, instruments of your love and instruments of your healing for this land, for this Congress, for this government, for we the people, for this country and this world." On January 6 last year, a mob of Trump's supporters stormed the US Capitol as lawmakers met to certify President Biden's electoral win. 'His platform was allowing a coup to be staged': Prince Harry says he warned Twitter CEO of US...