In his last words, Bourgeois offered no apology and instead struck a deeply defiant tone, insisting that he neither killed nor sexually abused his baby girl.
Associated Press 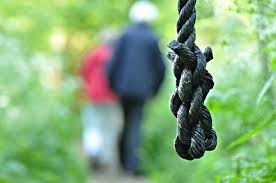 The Trump administration continued its unprecedented series of post-election federal executions by putting to death a Louisiana truck driver who severely abused his 2-year-old daughter for weeks in 2002, then killed her by slamming her head against a truck's windows and dashboard.

Alfred Bourgeois, 56, was pronounced dead at 8:21 p.m. Eastern time on Friday after receiving a lethal injection at the federal prison in Terre Haute, Indiana.

His lawyers argued Bourgeois had an IQ that puts him in the intellectually disabled category.

"I ask God to forgive all those who plotted and schemed against me, and planted false evidence," Bourgeois said. He added: "I did not commit this crime."

Bourgeois was the 10th federal death-row inmate put to death since federal executions resumed under President Donald Trump in July after a 17-year hiatus.

According to court filings, he gained temporary custody of the child, referred to in court papers only as "JG," after a 2002 paternity suit from a Texas woman. Bourgeois was living in Louisiana with his wife and their two children.

Over the next month, Bourgeois whipped the girl with an electrical cord, burned her feet with a cigarette lighter and hit her in the head with a plastic baseball bat, court documents say. Prosecutors also said he sexually abused her.

It was during a trucking run to Corpus Christi, Texas, that he ended up killing the toddler. Again angered by her toilet training, he grabbed her inside the truck by her shoulders and slammed her head on the windows and dashboard four times, court filings say.