US gets space warfare command, Donald Trump says it's key to security

US President Donald Trump on Thursday formally launched the Space Command, which he said will defend America's vital interests in "the next war-fighting domain".
FPJ Bureau 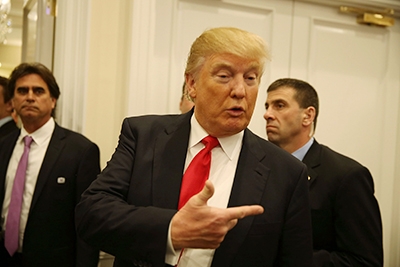 Washington: US President Donald Trump on Thursday formally launched the Space Command, which he said will defend America's vital interests in "the next war-fighting domain". Gen John W Raymond is the commander of the US Space Command, which has been established as the 11th Unified Combatant Command of the American armed forces.

"It's a big deal. As the newest combatant command, SPACECOM will defend America's vital interests in space -- the next war-fighting domain. And I think that's pretty obvious to everybody. It's all about space," Trump said addressing a formal ceremony at the White House Rose Garden. Among others, it was attended by Vice President Mike Pence and Defense Secretary Mark Esper.

The Trump administration has identified Russia and China as the countries who pose threat to the United States in space. "Now, those who wish to harm the United States -- seek to challenge us in the ultimate high ground of space, it's going to be a whole different ball game," Trump said. "Our adversaries are weaponising Earth's orbits with new technology targeting American satellites that are critical to both battlefield operations and our way of life at home. Our freedom to operate in space is also essential to detecting and destroying any missile launched against the United States," he said.

"Just as we have recognised land, air, sea, and cyber as vital war-fighting domains, we will now treat space as an independent region overseen by a new unified geographic combatant command," said the US president. Describing the establishment of the 11th Combatant Command as a landmark moment, Trump said it recognises the centrality of space to America's national security and defense.

The Space Command, he said, will soon be followed by establishment of the United States Space Force as the sixth branch of the United States Armed Forces. "That's really something, when you think about it. The Space Force will organise, train, and equip warriors to support SPACECOM's mission," he said. "To ensure the protection of America's interests in space we must apply the necessary focus, energy, and resources to the task - and that is exactly what Space Command will do," Defense Secretary Mark Esper said.

"Gen Raymond is acutely aware of the vital role that space plays in US national security and our way of life and is an ideal choice to lead this new command. Establishing the United States Space Command as a unified combatant command is the next critical step towards the creation of an independent Space Force as the sixth branch of the armed forces," he said. "Assured access to space is vital across the full range of military operations.

This step puts us on a path to maintain a competitive advantage in this critical war fighting domain," said Chairman of the Joint Chiefs of Staff General Joseph Dunford. Notably, it is re-establishment of the US Space Command, which existed between 1985 and 2002. "Space is the new war-fighting domain and we are under constant threat from hostile foreign actors like China and Russia, who are currently gearing up to take on the United States in space. It's abundantly clear we must take these threats seriously," Congressman Michael Waltz said. Waltz is a member of both the Science, Space and Technology Committee, and the House Armed Services Committee.