US ELECTIONS 2020: Hello, can you hear me? Muted mics in final debate

Under the new rules, Trump and Biden will each have two minutes of uninterrupted time to speak at the beginning of every 15-minute segment of the debate
Lalit K Jha 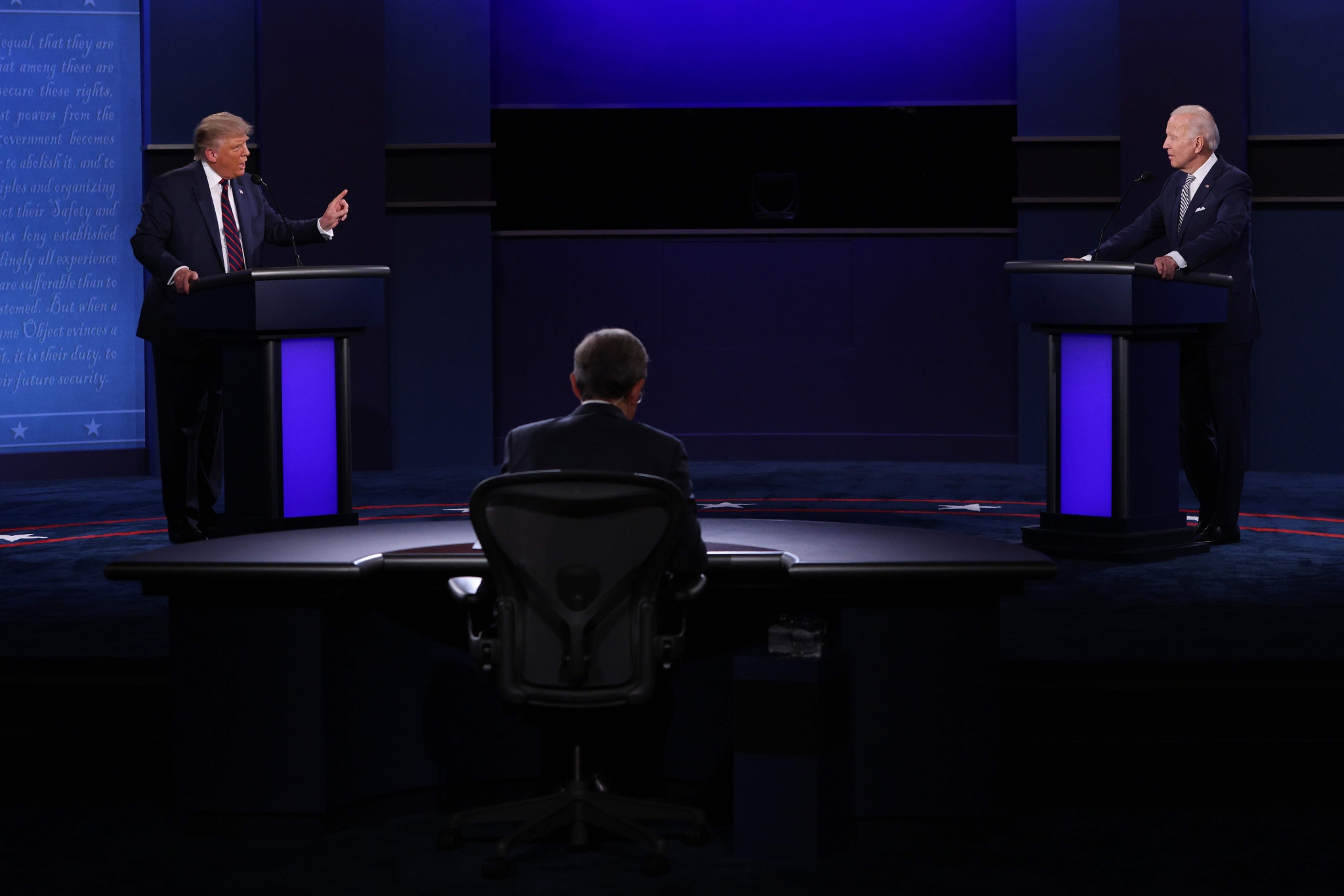 Ahead of the final US presidential debate, the non-partisan Commission on Presidential Debates (CPD) has announced new rules under which it will mute microphones for two minutes of the rival speakers so as to give them uninterrupted opening remarks.

Incumbent Republican President Donald Trump, 74, and his Democratic challenger Joe Biden, 77, are slated to face their final debate at Belmont University in Nashville, Tennessee on October 22.

Under the new rules, Trump and Biden will each have two minutes of uninterrupted time to speak at the beginning of every 15-minute segment of the debate.

"The only candidate whose microphone will be open during these two-minute periods is the candidate who has the floor under the rules," the commission said in a statement on Monday.

"For the balance of each segment, which by design is intended to be dedicated to open discussion, both candidates' microphones will be open," it said.

The commission said both campaigns have agreed to the two-minute, uninterrupted rule.

The decision to mute microphones comes after a chaotic first presidential debate that saw significant interruptions from both major party candidates, primarily from Trump.

The second presidential debate set for October 15 was cancelled after Trump refused to do a virtual face-off with his Democratic challenger despite concerns over his COVID-19 diagnosis. The presidential rivals separately held competing town halls last week instead.

The third and final debate will be moderated by NBC News correspondent Kristen Welker.

"This was supposed to be the foreign policy debate, so the president still looks forward to forcing Biden to answer the number one relevant question of whether he's been compromised by the Communist Party of China," he said.

"I'll participate, I just think it is very unfair," Trump told reporters aboard Air Force One on Monday.

"I will participate, but it's very unfair that they changed the topics and it is very unfair that again we have an anchor who is totally biased," the president said, responding to a question on changes in the debate rules by CPD.

Earlier in the day, Stepien in a letter to the commission expressed concern over the announced topics for what was always billed as the 'Foreign Policy Debate' in the series of events agreed to by both the Trump and the Biden campaigns many months ago.

"The topics announced by moderator Kristen Welker (fighting COVID-19, American families, race in America, climate change, national security, and leadership) are serious and worthy of discussion, but only a few of them even touch on foreign policy," he said, asserting that almost all of the topics were discussed at length during the first debate "won" by Trump.

"As is the long-standing custom, and as had been promised by the Commission on Presidential Debates, we had expected that foreign policy would be the central focus of the October 22 debate. We urge you to recalibrate the topics and return to subjects which had already been confirmed," Stepien said.

Stepien in his letter also opposed the move to mute the mics.