One day ahead of the American withdrawal deadline from Afghanistan, the U.S. military kept up a constant flow of airport traffic in an effort to evacuate citizens and service members from Kabul.

The U.S. military evacuated about 1,200 people were evacuated from Kabul on Aug. 26, bringing the total number of people evacuated from Afghanistan since Aug. 14 to be around 116,700 people, per the White House.

A steady stream of US military aircraft has been arriving at and leaving the Hamid Karzai International Airport in daylight hours Monday. One C-17 military transport aircraft was seen to deploy flares on its final approach. Just before dusk, a Qatari military transport also touched down.

Another 50 people were evacuated on two allied coalition flights. The U.S. conducted 26 flights yesterday to ferry evacuees out of the country. Since late July, around 122,300 people have been evacuated.

The United States has the capacity to evacuate the approximately 300 U.S. citizens remaining in Afghanistan who want to leave before Tuesday's deadline, senior Biden administration officials said, as rocket fire in Kabul and another U.S. drone strike against suspected Islamic State militants underscored the grave threat in the war's final days.

Read Also
US evacuates 6,800 people from Afghanistan in past 24 hours: White House 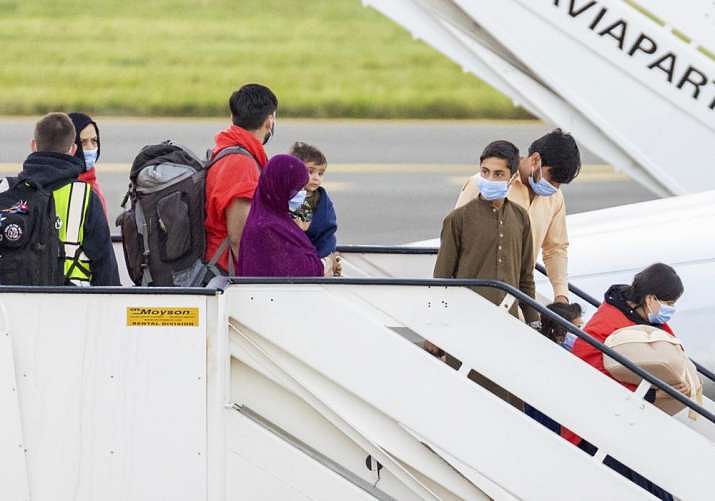