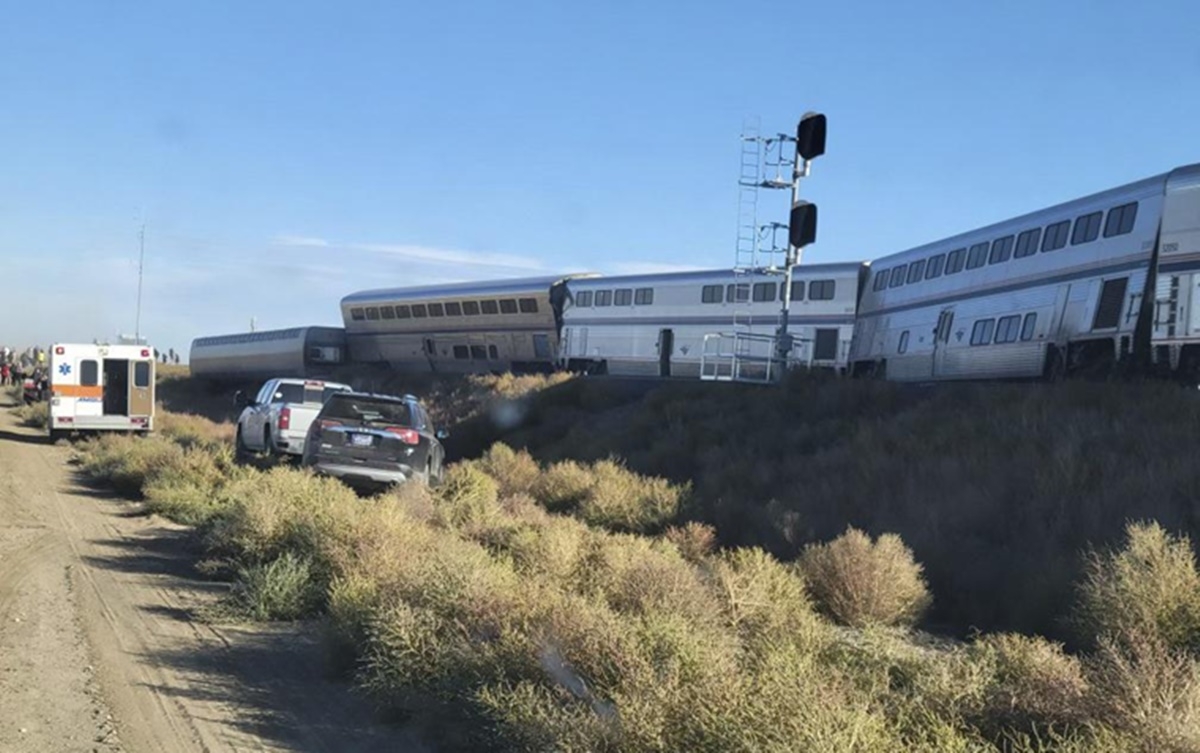 An Amtrak train travelling from Chicago to Seattle derailed in remote northern Montana on Saturday resulting in the death of at least three people.

The three deaths were confirmed by the Liberty County Sheriff's Department. Dispatcher Starr Tyler told The Associated Press that three people died in the derailment. Officials did not say how many total were injured.

Meanwhile, Amtrak said in a statement that there were multiple injuries.

The Empire Builder train derailed at 4 p.m. near Joplin, a town of about 200, Amtrak spokesman Jason Abrams said in a statement. The accident scene is about 150 miles (241 kilometers) north of Helena and about 30 miles (48 kilometers) from the border with Canada. The train had about 147 passengers and 13 crew members onboard.

Several passengers on the train shared images of the front cars off the track, with some tipped on their sides, reported ABC News.

It was not immediately clear what caused the derailment also officials have not yet confirmed the total number of persons who were injured.

(With inputs from ANI and Associated Press)