United Kingdom: Gunman kills 5, including 3-year-old, in Plymouth--here's everything you need to know 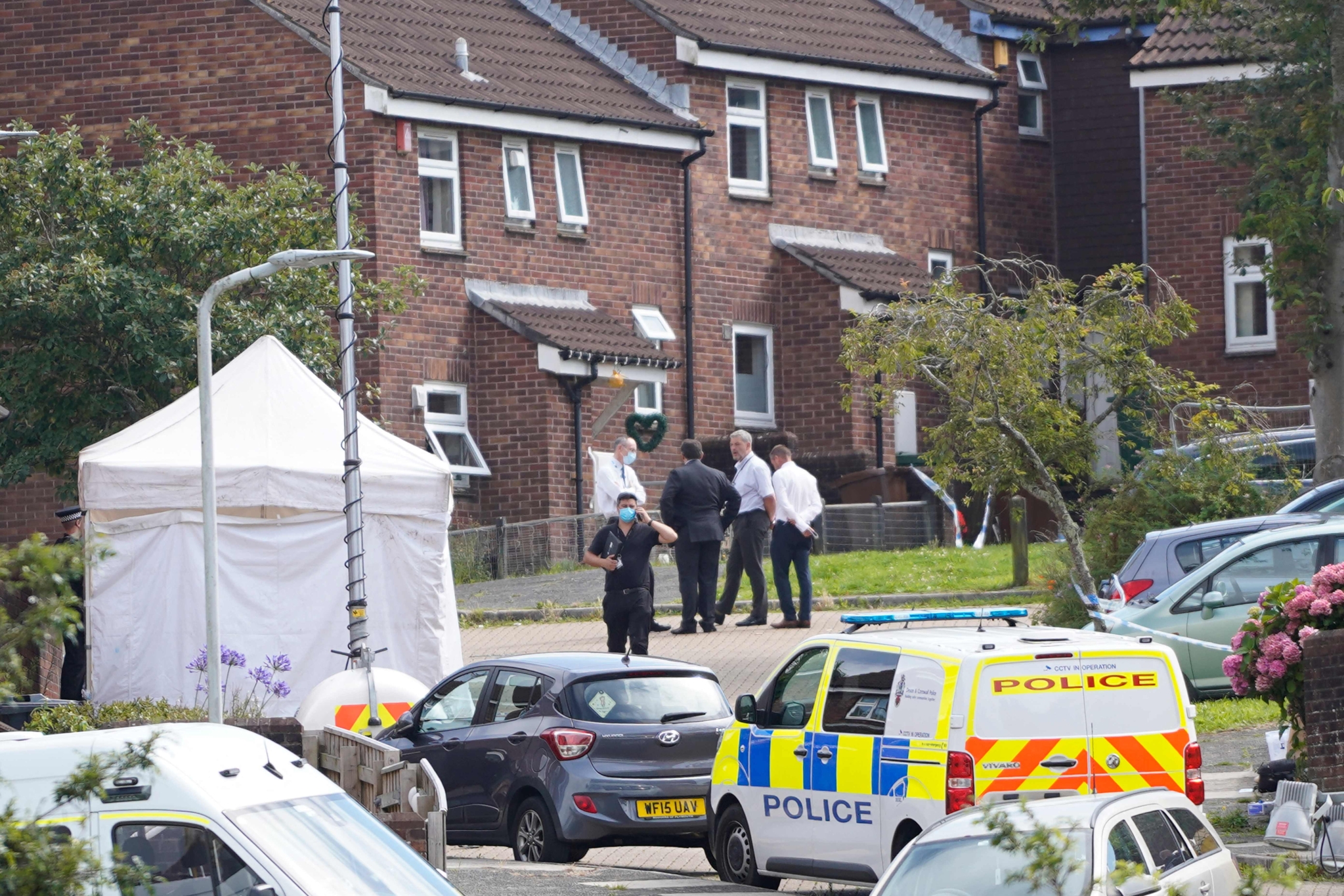 Police officers work at the scene of a shooting incident in Plymouth, southwest England, on August 13, 2021. - British police said August 13 they were investigating the background of a troubled loner who obtained a firearms licence and shot dead five people including a three-year-old girl in the countrys first mass shooting in 11 years. | (Photo by Niklas HALLEN / AFP)

London: Five people, including a three-year-old girl, two other females and two males, were shot dead with the suspected gunman also found dead at the scene in Plymouth, southwest England, police said on Friday, in the country's worst shooting incident in over a decade.

Devon and Cornwall Police said Jake Davison, 22, first shot dead a 51-year-old woman on Biddick Drive in Keyham area of the city on Thursday evening. He then killed the girl and a 43-year-old male relative in the same road, before shooting a 59-year-old man, and a 66-year-old woman who later died in Derriford Hospital, the police said.

Davison was reported dead just minutes after police were alerted to the incident and two other people, a 53-year-old woman and a 33-year-old man who were known to each other, were injured in the attack and are being treated in hospital with non-serious injuries.

"Devon & Cornwall Police would stress this is not a terrorism related incident. The area has been cordoned off and police are not looking for anyone else in connection with the incident," it said.

Police described the attack as the country's worst shooting incident in over a decade.

Police are asking any members of the public with mobile phone footage of the immediate aftermath of the incident not to post anything on social media platforms out of respect for the deceased.

Devon and Cornwall Police Chief Constable Shaun Sawyer told reporters at a press conference that the suspect lived locally and "knew people on that street".

"We believe we have an incident that is domestic-related and has spilled out into the street and seen several people within Plymouth losing their lives in an extraordinarily tragic circumstance," he said.

Sawyer said that the victims' identities would be made public at a later time. Police confirmed all of those involved died from gunshot wounds. Davison had a firearms licence in 2020 and the police said there was "no motive" at present, and the weapon - which witnesses described as a pump-action shotgun - was recovered from the scene.

Davison turned the gun on himself before officers were able to engage with him, the police said. In videos shared online just weeks before the massacre, the suspect spoke of being "beaten down" and "defeated by life".

"My thoughts are with the friends and family of those who lost their lives and with all those affected by the tragic incident in Plymouth last night. I thank the emergency services for their response," British Prime Minister Boris Johnson said on Twitter.

"The incident in Plymouth is shocking and my thoughts are with those affected. I have spoken to the chief constable and offered my full support. I urge everyone to remain calm, follow police advice and allow our emergency services to get on with their jobs," tweeted UK Home Secretary Priti Patel.

"I'm utterly devastated that one of the people killed in the Keyham shooting was a child under 10 years old," he said.

One witness, who lives near the scene and gave her name as Sharron, told the BBC: "Firstly, there was shouting, followed by gunshots - three, possibly four to begin with. This was when the shooter kicked in the door of a house and randomly started shooting... he ran from the house shooting as he ran and proceeded to shoot at a few people in the Linear Park up from the drive."