Cleaning Everest will not be technically or financially possible this spring, The Kathmandu Post report quoted officials as saying, so they will focus on trekking routes.
IANS 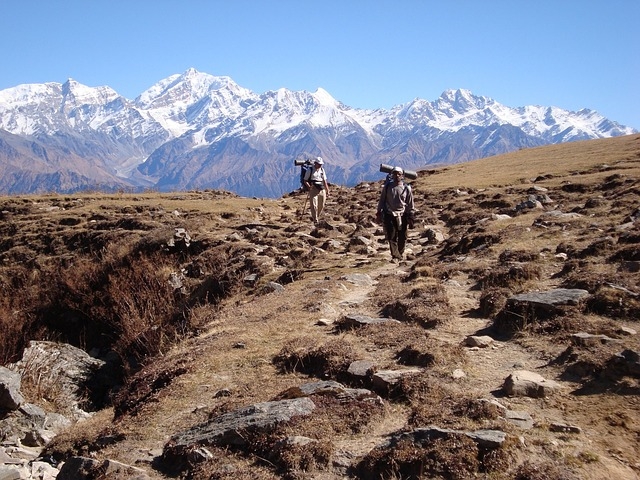 Kathmandu: The Nepal government has planned to create jobs for sherpas who were put out of work after the COVID-19 lockdown, by hiring them to repair and clean up trekking trails in the Himalaya, a media report said.

Cleaning Everest will not be technically or financially possible this spring, The Kathmandu Post report quoted officials as saying, so they will focus on trekking routes.

All Everest expeditions slated for this spring season were cancelled on March 12, and climbers and the Nepal Mountaineering Association suggested that the government turn the negative development into an opportunity by mobilising tourism workers for an Everest clean-up campaign.

After the virus wiped out thousands of jobs, the association proposed that the unemployed sherpas be deployed to retrieve trash and dead bodies from the world's highest mountain.

"We discussed the issue of cleaning Everest and reached a conclusion that it was not possible to begin the campaign immediately," The Kathmandu Post cited Danduraj Ghimire, chief of the Department of Tourism, as saying.

"It's not feasible from both perspectivesÂ-technical and financial.

"The campaign will require millions of rupees to pay the high altitude workers, and the equipment is also expensive. And during this crisis, the government does not have enough cash reserves," said Ghimire.

According to Ghimire, hiking trails on the Kathmandu Valley rim like Shivapuri, Dakshinkali and Nagarkot will be connected.

Trekking routes like Manaslu and Kanchanjunga will also be repaired.

On Monday, Tourism Minister Yogesh Bhattarai said during a video-conference that the cleaning campaign was meant to keep tourism workers busy and provide them jobs during the post-crisis period too.

Record numbers of climbers come to Everest every year to fulfil their lifetime dream to climb the world's highest peak.

They leave behind tonnes of both biodegradable and non-biodegradable waste, including empty oxygen canisters, kitchen waste, beer bottles and faecal matter, said The Kathmandu Post report.

Each camp on Everest is littered with depleted oxygen cylinders, food packaging and ropes.

Last year, climbers retrieved four bodies and collected some 11 tonnes of garbage from the mountain in the first-ever cleanup drive launched by the government.