The Chinese authorities instead of controlling the disease are just tightening the Covid protocols even further which is causing more harm than benefit to locals.

Lhasa: China's zero-Covid policy has made the life of local Tibetans a living hell. They suffer inhuman Covid restrictions that leave Tibetans tortured, traumatised, harassed, and helpless, as they are not even allowed to protest or contact their families outside Tibet.

China's zero-Covid policy mismanagement of the virus has left the Tibetans suffering from a shortage of necessary supplies. This includes both medical and food-related items. They are not allowed to protest and express their opinions, Tibet Press reported.

A video was posted on Twitter which showed that the food prices in Tibet have increased and people who speak against it have been subjected to state-instigated violence.

The video shows Chinese guards assaulting locals, handcuffing them, and stopping them using pepper spray. Their phones had also been snatched so that they are not able to contact anyone, Tibet Press reported referring to a video from Free Tibet.

Because of the Tibetans being treated inhumanely by Chinese authorities, five people committed suicide from the top of a building in Lhasa. Such suicides were a form of silent protest against the extremely strict Covid protocols implemented by China in Tibet.

The Chinese authorities instead of controlling the disease are just tightening the Covid protocols even further which is causing more harm than benefit to locals.

People in Tibet have even lost the spirit of protest as they will be stripped from the minimum supplies that they are getting currently from the Chinese oppressors. Tibet Press reported citing a pro-Tibet advocacy group International Campaign for Tibet report that the Chinese authorities even in these critical conditions that the Tibet locals are exposed to have been pouring effort into controlling social media as this could lead to the whole world knowing about the atrocities that China has made Tibet go through.

Covid protocols and other restrictions are biased against the locals

These Covid protocols and other restrictions are biased against the locals from Tibet. Around 200 locals were jailed while suppressing a major protest that broke out in October this year in Lhasa and this was the largest protest after 2008.

This group consisted of Han Chinese migrants that had come to Lhasa in search of jobs. These protests broke into a scuffle between Chinese officials and locals. There were even cases when people threatened to burn themselves if these Covid protocols were not lifted.

Although, most of the Chinese migrants were released the Tibet locals were still held back saying that they will be released on October 29.

But Tibet Press quoted Radio Free Asia's local source that said, as of now there is no information regarding these detained Tibet individuals from the Chengdu region and Tibet. The source claimed to be a friend of one of these detainees held in prison.

Restrictions in Lhasa were imposed without notice

Yet another report mentioned that all these restrictions in Lhasa were imposed without any further notice and this left all the locals without preparations. In some cases, these restrictions were made so strict that the detection of one case got the whole building and even whole compounds sealed in some cities.

These restrictions are not only making the life of Tibet locals worse but there has been no improvement in the conditions of the locals. And in between all this China is still producing an image of controlling Covid in the best way possible. But all this must come in front of the world and China must be made to answer for all the atrocities that it has exposed Tibetans to. 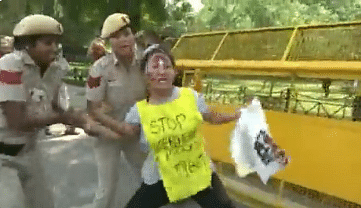