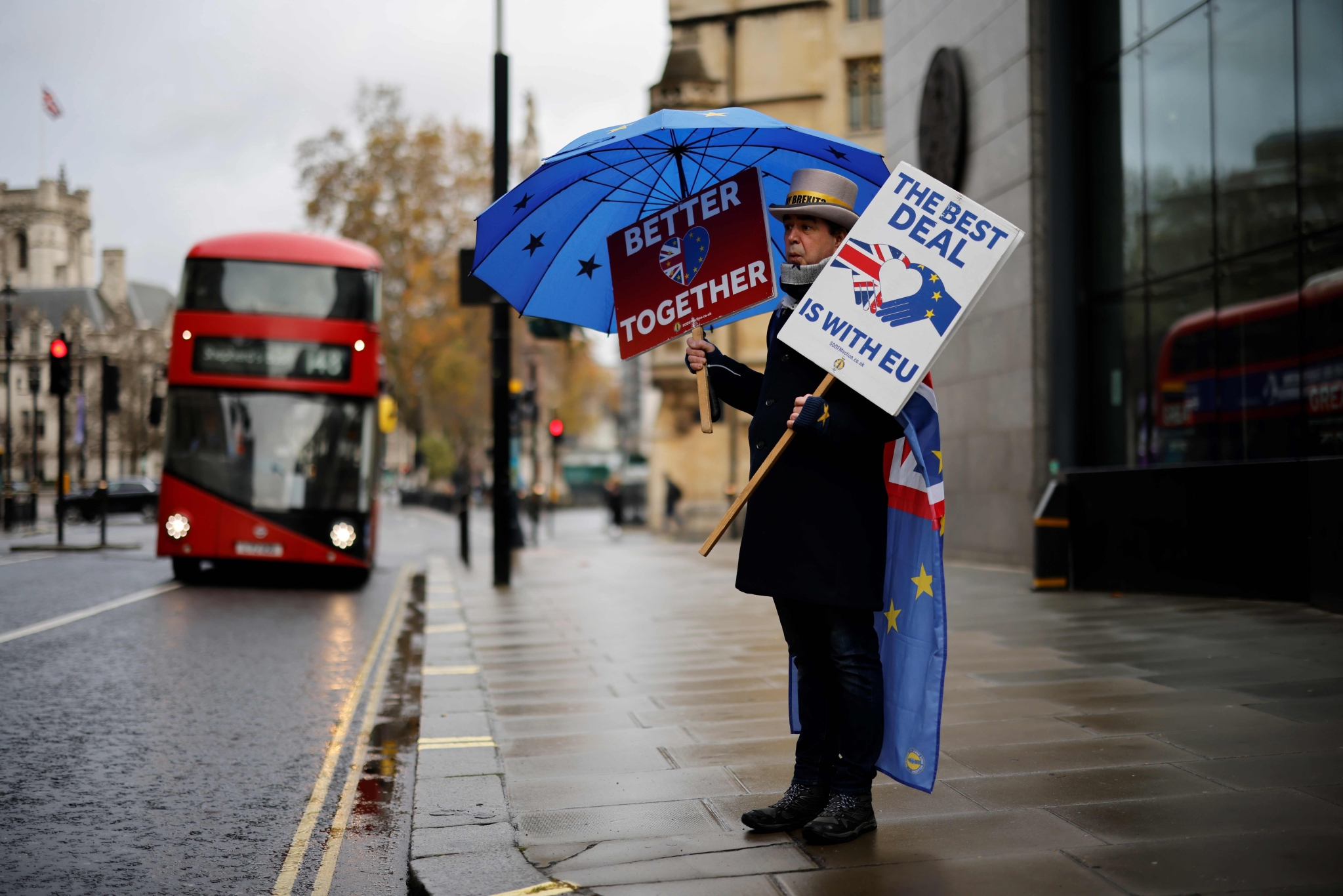 Anti-Brexiteer activist Steve Bray holds placards and an EU-themed umbrella as he stands outside a conference centre in central London. | PIC: AFP

British Prime Minister Boris Johnson and the European Union's top official are set to discuss the state of play of post-Brexit trade discussions later Saturday after negotiators paused talks in light of their inability to bridge an array of differences.

With the discussions stuck over the same issues for months, Johnson and Ursula von der Leyen, the president of the EU's executive European Commission, will see if there is a route to a deal.

With the U.K.'s post-Brexit transition period due to conclude at the end of the year, the discussions are clearly facing a crunch point, not least because of the necessary approvals required from both sides. Without an agreement in place, tariffs will end up being imposed on traded goods at the start of 2021.

Months of negotiations have produced agreement on a swath of issues, but serious differences remain over the "level playing field" - the standards the U.K. must meet to export into the bloc - and how future disputes are resolved. That's key for the EU, which fears Britain will slash social and environmental standards and pump state money into U.K. industries, becoming a low-regulation economic rival on the bloc's doorstep.

"We will keep calm as always and if there is a way, still a way, we will see," Barnier said Saturday morning outside a hotel in London before heading off to Brussels.