The police in the UK said on Monday that they are questioning two teenagers as part of an ongoing investigation into the siege at a synagogue in the US state of Texas, which ended in the death of British hostage-taker Malik Faisal Akram. Greater Manchester Police confirmed that the suspect shot dead by the FBI during the standoff at the Congregation Beth Israel in Colleyville was 44-year-old Akram, originally from the Blackburn area of Lancashire in northwest England. He was demanding the release of Pakistani neuro-scientist Aafia Siddiqui, suspected of ties with Al Qaeda, and currently serving an 86-year sentence after being convicted of trying to kill US military officers while in custody in Afghanistan.

“We can confirm that the suspect, who is deceased, is 44-year-old Malik Faisal Akram, originally from the Blackburn area of Lancashire,” said Assistant Chief Constable Dominic Scally for England’s Counter Terror Policing North West. “I can also confirm that Counter Terror Policing North West is assisting with the investigation being led by the US authorities. Police forces in the region will continue to liaise with their local communities, including the Jewish community, and will put in place any necessary measures to provide reassurance to them,” he said.

The teenagers detained in south Manchester on Sunday evening in connection with the investigation cannot be named for legal reasons, but the force said they “remain in custody for questioning”. Scotland Yard also confirmed counter-terror officers were liaising with US authorities and the FBI. US President Joe Biden called the hostage-taking an “act of terror”, with the UK condemning the attack soon after.

The first part of the siege was captured on a Facebook Livestream of the morning shabbat prayers at the synagogue. On it, the hostage-taker was heard demanding the release of Aafia Siddiqui and said he wanted to speak to her. Witnesses claim he referred to her as his sister, but John Floyd, of the Council on American-Islamic Relations, said Siddiqui's brother was not involved. 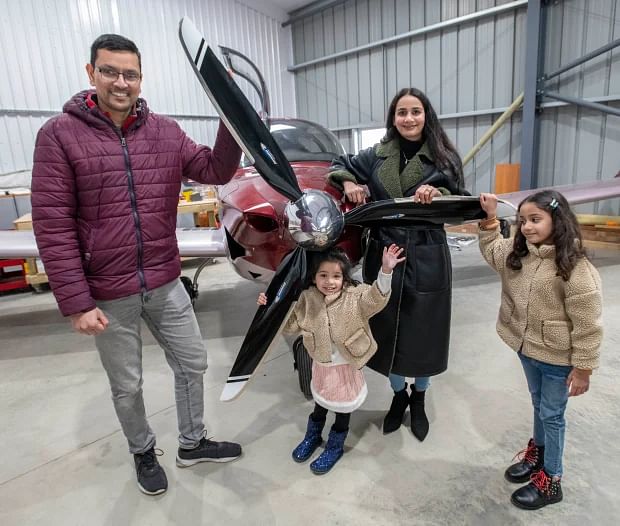 India-origin UK family spends Rs 1.4 crore and over 2 years to build their own dream plane