As part of a regional charm offensive launched in 2020 amid growing isolation, Ankara has made overtures to mend ties with several countries, including Egypt, Israel, the United Arab Emirates and Saudi Arabia

Turkish President Tayyip Erdogan plans to visit Saudi Arabia on Thursday and meet Crown Prince Mohammed Bin Salman, two sources with information on the matter told Reuters, as Ankara tries to mend ties with Riyadh after dropping a legal case on the killing of journalist Jamal Khashoggi in Istanbul.

Relations have been tense since a Saudi hit team killed Khashoggi at the kingdom’s Istanbul consulate in 2018.

Talks with Saudi officials during the two-day visit will focus on ways of increasing cooperation, according to a statement from Erdogan office. The sides will exchange views on regional and international issues.

The killing of Khashoggi in the kingdom’s Istanbul consulate sparked global outrage and put pressure on the prince, who was said to have approved the operation to kill or capture Khashoggi, in a U.S. intelligence report released a year ago. The Saudi government has always denied any involvement by the prince.

Following Turkish demands for Crown Prince Mohammed bin Salman (MBS) and other officials to be prosecuted, Riyadh imposed an unofficial boycott on goods from Turkey.

The kingdom never publicly acknowledged it was boycotting goods from Turkey, but last year Saudi business people and retailers endorsed the move amid political tensions between the two regional rivals.

To circumvent the unofficial blockade, some Turkish exporters have been rerouting food, clothing and other goods.

Turkey’s support for popular movements linked to the Muslim Brotherhood initially spurred the break with Arab regimes that saw the brotherhood’s vision of political Islam as a threat.

Later developments, particularly the blockade of Turkish ally Qatar by its Gulf neighbors, reinforced the split. The lifting of the embargo by Saudi Arabia, the UAE, Egypt and Bahrain early last year paved the way for reconciliation.

Erdogan last visited Saudi Arabia in July 2017 as he attempted to resolve the blockade on Qatar imposed the previous month.

In February he received a fanfare welcome in the UAE as Dubai’s Burj Khalifa was lit up with the Turkish flag and Turkey’s national anthem blared out.

As part of a regional charm offensive launched in 2020 amid growing isolation, Ankara has made overtures to mend ties with several countries, including Egypt, Israel, the United Arab Emirates and Saudi Arabia. It has also approached many Gulf states for economic support as it faces soaring inflation and a surge in energy prices following Russia's Feb. 24 invasion of Ukraine.

Turkey’s diplomatic drive has coincided with its worst economic crisis in two decades, compounded by the COVID-19 pandemic and now the war in Ukraine. Official inflation stands at 61 percent while the lira has plummeted, falling 44 percent in value against the dollar in 2021.

After an eight-year feud, a diplomatic door kept open to both rivals to lay rounds of exploratory talks started in May and then in September 2021. President Erdoğan’s visit to Riyadh may facilitate negotiations between the two countries, consolidating previous exploratory talks. Revived Turkish-Saudi relations can make Riyadh a respected third-party mediator over the Muslim Brotherhood and Eastern Mediterranean issues before Egyptian and Turkish leaders meet. 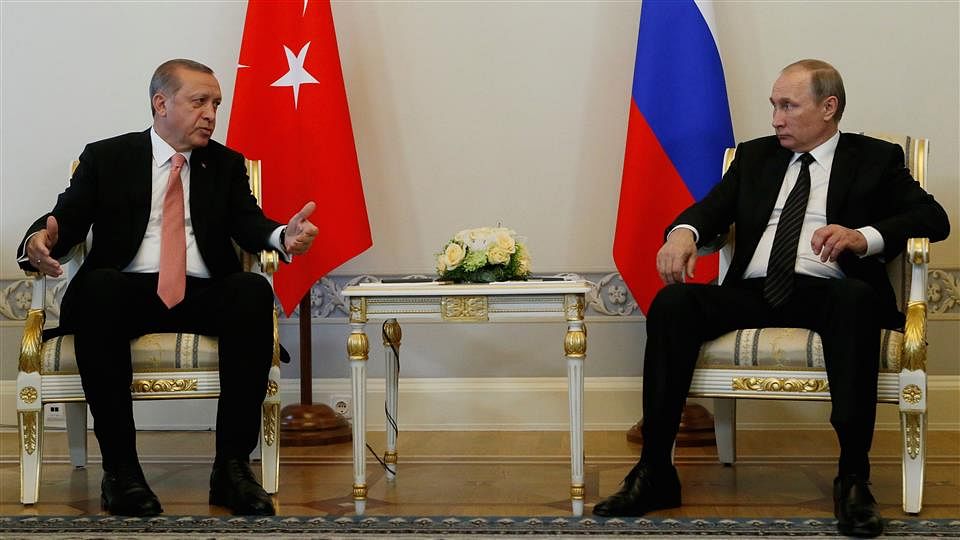