A top Al-Qaeda leader was killed by a US military drone strike in Syria, the US department of defense Pentagon said on Saturday. The strike comes two days after a recent assault attack on a US base in Southern Syria that is being used for the coalition fighting against the terrorist Islamic organization.

The Amry major confirmed that the airstrike was conducted using an MQ-9 aircraft by the US military air unit which targeted a particular area, killing the terrorists and there were no additional casualties reported.

"The removal of this al-Qaeda senior leader will disrupt the terrorist organization's ability to further the plot and carry out global attacks," he said.

"Al-Qaeda continues to present a threat to America and our allies. Al-Qaeda uses Syria as a safe haven to rebuild, coordinate with external affiliates, and plan external operations," Rigsbee was further quoted by AFP in its report.

According to United States Central Command, the eliminated leader had been responsible for planning, funding, and providing trans-regional Al-Qaeda attacks.

The ongoing war in Syria has created a complex battlefield involving foreign armies, militias, and jihadists. The war has killed around half a million people since starting in 2011 with a brutal crackdown on anti-government protests. 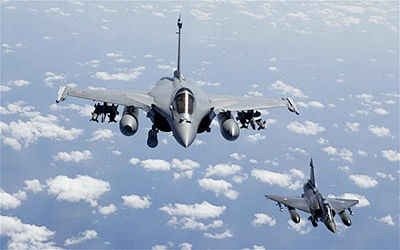 US to use Pakistan airspace for military operations in Afghanistan? Deal almost formalised, says...