Three months into Taliban's rule, Afghanistan on the fringe of falling apart

Earlier in the month of October, United Nations Children's Fund (UNICEF) representative in Afghanistan Salam Al-Janabi stated that Afghanistan is currently experiencing one of the world's worst humanitarian crises.
ANI 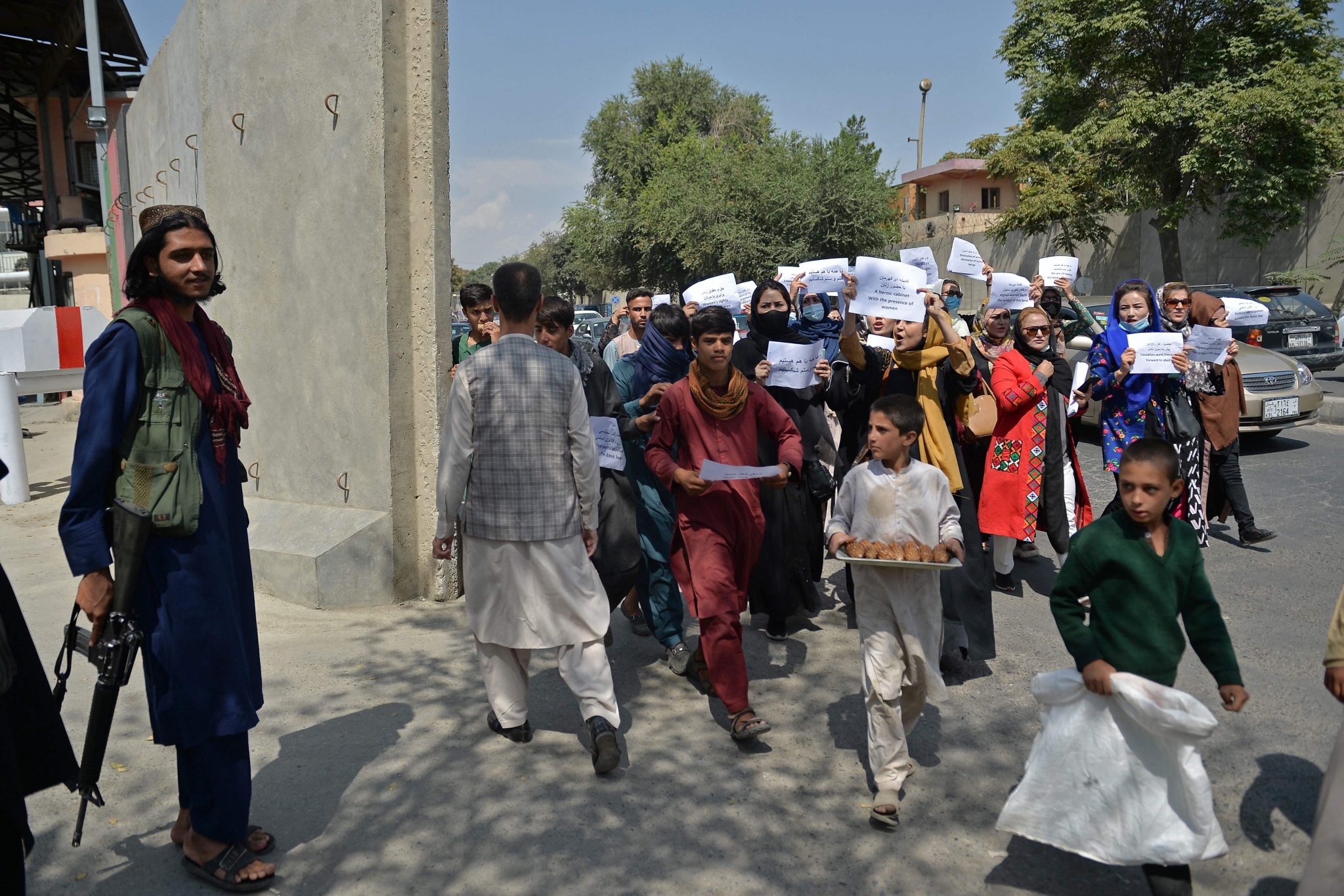 TOPSHOT - A Taliban fighter (L) stands guard as Afghan women take part in a protest march for their rights under the Taliban rule in the downtown area of Kabul on September 3, 2021. | (Photo by HOSHANG HASHIMI / AFP)

Three months into the Taliban takeover and Afghanistan is the embodiment of a country on the fringe of falling apart amid devasting economic crisis hitting every Afghan hard.

Writing for news aggregator Knewz, Australian journalist Hollie McKay highlighted how the Afghani currency is devaluing with every passing day. "Three months ago it stood around 73 Afghanis to one U.S. dollar. Three months on, it has crumbled to around 92." Mohammad Mahmood Arzoyee, Zone Deputy of Operation for the state-run bank said there are big concerns about the Afghani's devaluation. "The outward transactions have stopped. Transactions can take place on only a few items, and not all traders can transfer money."

35 years old Ghaws-u-deen, who sells the Afghan street food, said they "purely rely on Allah." "Everything got expensive. We were making profits of 600AFN (USD 6.50) per day, but now the maximum we can make is 200AFN (USD 2.15)," McKay noted there are no hard statistics however unemployment runs rampant. "The vast majority of the population were, for years, employed by the defunct Afghan National Forces, US contracting companies or international non-governmental organizations or initiatives." Noting that the financial aid still hangs in suspension, the Australian journalist said Afghans can now access USD 400 per week from their bank accounts - up from the initial weeks of only USD 200.

"And any pennies that had put away have quickly disappeared. Retired Afghan security personnel have also seen their pensions disappear, with many old and disabled informed that the regime - which announced a "general amnesty" and claimed no one would be physically targeted for their past positions - cannot monetarily support traitors," she said.

As Afghanistan is currently experiencing one of the world's worst humanitarian crises, one million children are suffering from malnutrition in the country.

"There are three million Afghan children suffering from different diseases among them one million who are malnourished," The Khaama Press reported citing officials of the Ministry of Public Health of Afghanistan.

The officials further said that there are still 700,000 Afghan women who are suffering from malnutrition along with their children.

Earlier in the month of October, United Nations Children's Fund (UNICEF) representative in Afghanistan Salam Al-Janabi stated that Afghanistan is currently experiencing one of the world's worst humanitarian crises.

"Afghanistan now is amongst the world's worst crises and the needs are growing by the day," Sputnik quoted Al-Janabi as saying. He added, "In addition to the growing malnutrition crisis and food insecurity, the health system and social services are on the brink of collapse."