The first Black Hole’s algorithm and the woman behind it 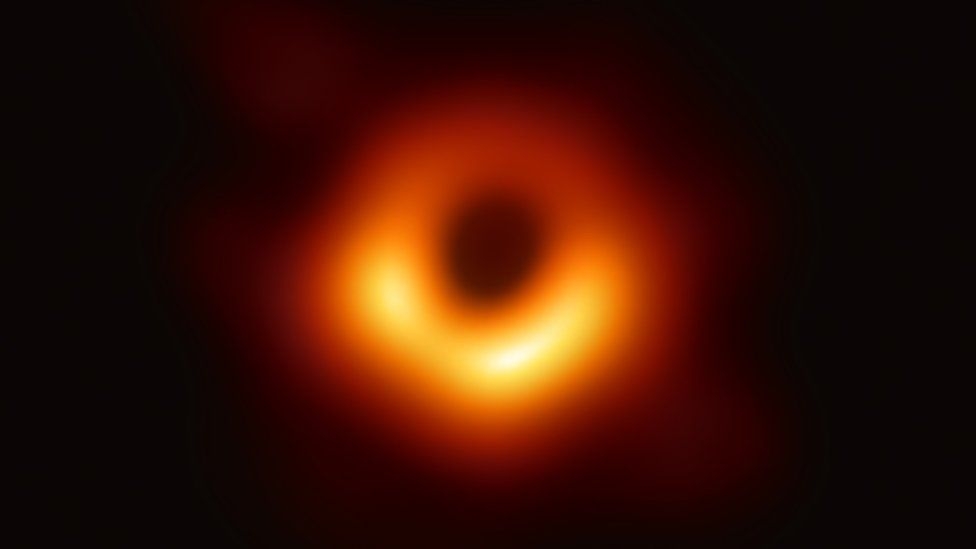 Here it is, humans, the first ever black hole has been discovered in another Galaxy named, ‘Messier 87’ and we are 53.40 million light-years away from it which in another calculation is 500 million trillion km away from Earth. The black hole is right in the center of that massive galaxy and it is approximately 6.5 billion times bigger than the huge Sun we have in our solar system. Black hole has been the biggest mystery for humans since centuries, scientists like Albert Einstein and Karl Schwarzschild made predictions on what the black hole would be like, in reality. But before we get into the details of the first ever black hole and its algorithm, what is it actually?

A black hole is a huge region of space from which nothing can escape, not even light. The irony of the black hole is that they are not empty, despite their name, a black hole has a huge amount of matter which is dense and packed together in a small shrunken area which gives it the immensely powerful gravitational pull it is known for. And what exists behind the black hole has a name too, it is called the Event Horizon, but it is impossible to return from the black hole as it has a point of no return.

Allow me to explain the first ever discovery of the black hole in the form of a story… It was long centuries ago when physicists theorised that an object with enormous mass and density could trap light in it too which is exactly similar to what a black hole is. Coming back to this century… The Event Horizon Telescope (EHT), which is a large telescope array consisting of a global network of telescopes that combines data from several informative stations around the Earth. EHT wanted to discover the black hole and with the correct wavelength, observations and clean weather across the world, it was the right time to place telescopes all around Earth to look out for the black hole. In 2017, eight radio telescopes in Antarctica, Greenland, South America, North America, Hawaii and Europe pointed their dishes to the black hole in the center of our galaxy and the center of Messier 87. But with so many locations and so much of data being collected from telescopes placed everywhere on Earth, they had to fly them to the South Pole and wait for six months just to get the data.

This is when Katherine Bouman, a 29-year-old computer scientist curated bits of the black hole and formed its picture. She is the hero, the person who has given history its first ever black hole image which is real. Katherine has always enjoyed imagining of the unseen and when she joined this project to work with EHT, she didn’t know much, but her curiosity and will to know what the unseen would be like, made her discover the first ever real Black Hole image for this world.

Now, if you look at the image, it is light and dark both. Firstly, the black hole is in the middle of the M87 Galaxy as mentioned above and the bright parts that you are seeing here are the matter and light swirling through the black hole and it is brighter on the side that is moving towards us. The dark part of the image is the event horizon, the place which is beyond the black hole and the dark part is also a region where the light would’ve escaped but it couldn’t. The image is beautifully made of bits of lights that has travelled through the Universe and collected by aluminium dishes, (telescopes used by EHT to collect data) from top of mountains and then it has been combined into a supercomputer for the final outcome.