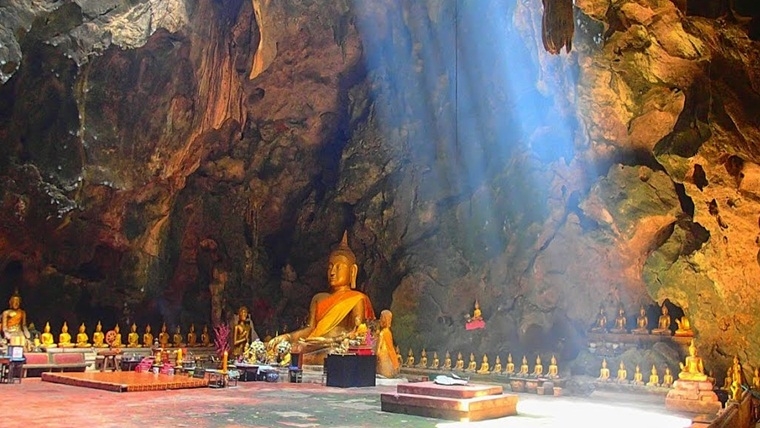 Bangkok: Thailand's Tham Luang cave, where 12 boys from the Wild Boars football team and their coach were trapped last year, officially reopened on Friday for tourists.

"Now the National Park of Tham Luang-Khun Nam Nang Non has been adequately prepared for tourists in all aspects," the department's deputy director-general Chongklai Voraphongston said during the inauguration.

"The Ministry of Natural Resources and Environment is ready to develop this area completely so that Thais will be proud of it in the future," he added.

Since the rescue mission to recover the boys was completed in July 2018, the cave has been closed in order to retrieve equipment left inside. Visitors have been kept about 30 metres away from the mouth of the cave.

After the rescue and before this week's four-day operations testing period, between 1,000-3,000 tourists per day have visited, with the landmark receiving nearly 7,000 people on October 26 alone, according to a statement from Chiang Rai's provincial public relations office.

Along with the main cave, a statue of former Thai Navy SEAL Saman Gunan who lost his life during the rescue mission, a nearby museum containing information of the event, and the so-called Emerald Pool to where water was pumped from the cave, have also been promoted by the organization as tourist spots.

The cave was thrust into the international spotlight in June, 2018 when the 12 boys aged between 11-16 years and their 25-year-old coach were trapped 4 m inside it during heavy monsoon rain.

The incident sparked a massive, complex search-and-rescue operation to get them out alive, which lasted nearly three weeks and involved more than 10,000 people. Mumbaikars to travel in style, Mumbai to Surat cruise service likely to begin from November 5