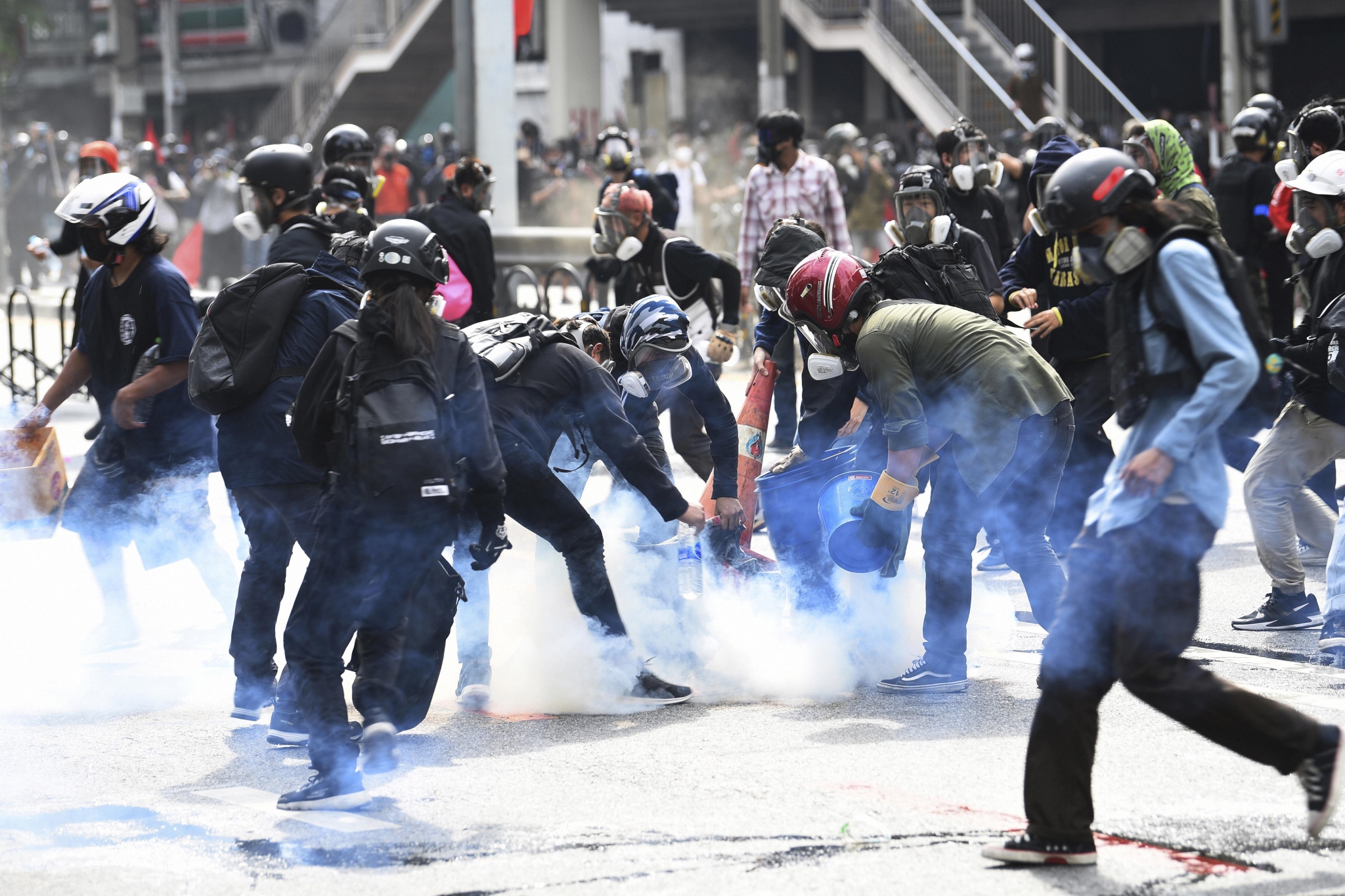 Thai riot police on Saturday fired water cannons, tear gas and rubber bullets to repel a crowd of several hundred young anti-government protestors who marched on an army base where Prime Minister Prayuth Chan-ocha has his residence to demand his resignation.

The demonstrators threw rocks, bottles, fireworks and fired slingshots during the hours-long confrontation in the Din Daeng area of Bangkok, which was obscured by swirling smoke.

The rally was led by the Free Youth, a student protest group that drew tens of thousands to its protests last year. It's demanding Prayuth's resignation over his handling of the coronavirus crisis, which has seen the number of cases spiraling and the health care system stretched to the limit. Prayuth has been criticized for a slow vaccination programme.

Thailand reported a new high of 21,838 confirmed cases on Saturday, with 212 more deaths. Bangkok and surrounding provinces have been under lockdown, including overnight curfew, for weeks.

According to the city's Erawan Medical Center emergency services, five people were hospitalized, including three police officers. The march was called off in the early evening but disturbances continued, with protesters battling the police and hurling objects.

The protesters are also calling for part of the budget for the monarchy and the military to be redirected into the COVID-19 fight.

Saturday's protest was originally planned in an area near the Grand Palace in the old part of the capital but switched to the compound of the 1st Infantry Regiment, where Prayuth - a former general who originally took power in a 2014 coup - continues to live.

The protest movement began last year with demands for sweeping political change, including unprecedented public calls for the reform of the powerful monarchy to make it more accountable.

After going dormant due to prosecutions, internal disagreements and the pandemic, protests have returned in recent weeks, fueled by the growing discontent over the government's response to the health crisis and its massive impact on the economy, which is reliant on tourism.