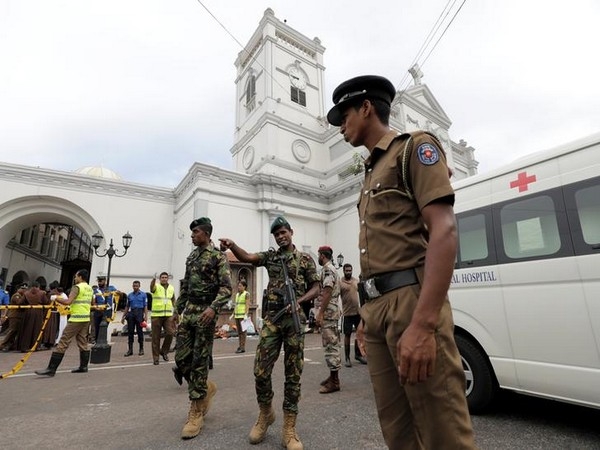 Sri Lanka will go to the polls on Saturday to elects its seventh Executive President. The fight is between two main candidates, Sajith Premadasa (52) from the ruling New Democratic Front (NDF) and Gotabaya Rajapaksa (70), the younger brother of former President Mahinda Rajapaksa under whose regime the 26-year-long ethnic strife involving the Liberation Tigers of Tamil Eelam (LTTE) ended.

This is the first election since the April 21 Easter Sunday attack carried out by eight local suicide members who pledged allegiance to the Islamic State group. The attacks killed 269 civilians and injured over 400 in three churches and three luxury hotels.

National security has become topmost priority for both the main candidates who vow to eliminate terrorists and ensure security.

Gotabaya who represents his brother's party Sri Lanka People's Front (SLPF), was also the Defence Secretary at the time Sri Lanka ended its war against Tamil rebels. The United Nations has alleged that there were serious human rights violations that could amount to war crimes. Rajapaksas has denied all such allegations.

"We will completely wipe out terrorism from this country and we will introduce a programme to prevent any form of terrorism again. We will ensure your security," said Gotabaya Rajapaksa at the final rally held in the outskirts of capital Colombo on November 13.

Speaking on the same line, Presidential aspirant Sajith Premadasa said: "Within one united Sri Lanka we will ensure national security. While giving priority to the Buddhism, rights of the other religious groups too would be protected," said Premadasa at the final rally held in Colombo, the stronghold of the party he represents.

For the first time since 1978 when the presidential system was introduced, the South Asian Island nation will have a record 35 presidential candidates whose names are printed on a ballot paper over 2 feet in length, the longest ever.

A total of 15,992,096 including 947,000 first time voters will queue up at 12,845 polling stations tomorrow. Counting will be carried out at 43 centres with over 200,000 public servants on election duty. The polling begins from 7am to 5 pm Sri Lankan time. Over 60,000 police personnel with nearly 1,000 Civil Defence Forces personnel are deployed for security. Over 6,000 local and foreign election observers will be on duty to ensure a free and fair election.

Over the weeks, Election Commissioner Mahinda Deshapriya has been critical of the conduct of number of private and state media institutions and complained that certain media behaved "irresponsibly". On November 2, the Election Commissioner banned the State-run Independent Television Network (ITN) from conducting live political programmes, interviews or discussions in the run-up to the presidential election, but two days later the ban was lifted.

In addition, the Election Commissioner, whose hands are tied with regard to the private media, was also critical of some of the private TV channels. He warned that official results would not be released to those media institutions.

The EC was also critical of the use of social media, specially during the "cooling period" of 48 hours prior to the polling during which any type of campaigning is banned. He warned that social media would be blocked if the practice continued.

Election monitors also have complained about the repeated election law violations in Tamil majority northern region, where major votes are expected to be cast in favour of Premadasa.

The votes from minority Tamils and Muslims played a major role in the election of President Maithripala Sirisena who in January 2015 outran popular Mahinda Rajapaksa.

With 6,217,162 votes, Sirisena received 51.28% while with 5,768,090 votes Rajapaksa received 47.58%. Sirisena was also backed by two main minority parties, the TNA representing Tamils in the North and the East and the Sri Lanka Muslim Congress (SLMC) representing the Muslims in the country. With the average voting percentage of 81.52%, Sirisena won 12 districts while Rajapaksa won 10.

According to the election law, the winning candidate has to receive 50 per cent and one vote to be declared as the next President, failing which another counting needs to be done for the second preferential vote. Voters are allowed to choose three candidates in their preferential order and, in case no candidate receives 50 per cent plus one vote, only the first two will be retained and others will be eliminated.

Then the ballot papers of the eliminated candidates will be checked for second preferences and added to the first two. The candidate who gets the highest will be declared winner.

The other main candidates are Anura Kumara Dissanayake leader of the Marxist party, Janatha Vimukthi Peramuna (JVP) which led to youth insurrections in 1971 and 1987-1988. The party which came into democratic politics, got together with civil society groups and formed National People's Power (NPP) to face Saturday's election.

The other main candidate is former Army Commander Lt. Gen. Mahesh Senanayake who formed National People's Party (NPP) after he left the army in last August. He led the army in the aftermath of the Easter Sunday attacks in flushing out radicals.

If Premadasa wins the election, the present cabinet and government would continue until the next general election to elect lawmakers. If Rajapaksa manages to win and proves 113 majority power in Parliament, there is a possibility of a change of government.