British Chancellor of the Exchequer Kwasi Kwarteng, left, and British Prime Minister Liz Truss at the Conservative Party annual conference at the International Convention Centre in Birmingham, England, on Sunday, October 2 | AP
Follow us on

The new Government of the United Kingdom led by Prime Minister Liz Truss on Monday made an embarrassing U-turn on its central plank of tax cuts by withdrawing a controversial policy to abolish the topmost income tax slab for the wealthiest, following market turmoil and to avert a feared rebellion within the governing Conservative Party.

The decision, which marks a humiliating climbdown for the Prime Minister, comes after several Conservative MPs criticised the government's plan announced just 10 days ago.

Chancellor Kwasi Kwarteng declared that the announcement in his mini-budget of a proposed abolition of the 45 pence tax rate, which applied to the top tier of income taxpayers from next April, had become a “massive distraction” to an otherwise sound growth plan for the economy. 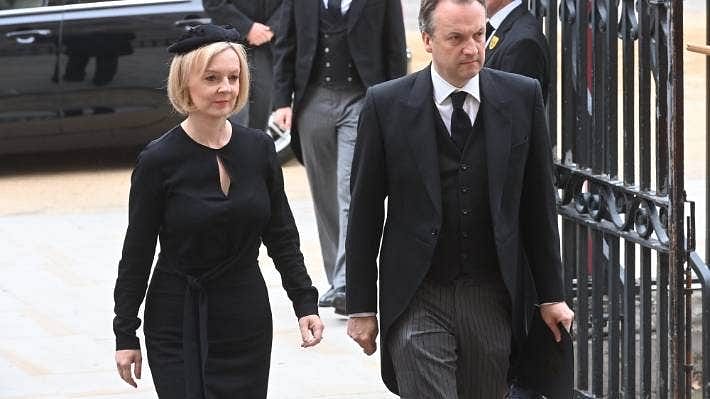 It came after days of turmoil on the global financial markets spooked by the prospect of huge government borrowing costs and the pound tumbling against the dollar as the Bank of England had to step in to shore up the country's pension funds.

“We get it, and we have listened,” Mr Kwarteng tweeted before taking to the airwaves to defend what has been dubbed as a screeching U-turn by the newly appointed government.