United Nations: The government announced by the Taliban in Afghanistan is "anything but inclusive" and the Afghan people will not accept a governing structure that excludes women and minorities, Afghanistan's Ambassador and Permanent Representative to the UN Ghulam Isaczai has said. He asked the world organisation to reject the reinstatement of the Islamic Emirate.

The Taliban on Tuesday unveiled a hardline interim government led by Mullah Mohammad Hasan Akhund, with key roles being shared by high-profile members of the insurgent group, including a specially designated global terrorist of the dreaded Haqqani Network as the interior minister.

Mullah Abdul Ghani Baradar will be Akhund's deputy in the "new Islamic government".

"As I speak and today, the Taliban announced their government. It is anything but inclusive," Afghanistan's Ambassador and Permanent Representative to the UN Ghulam Isaczai said.

"The people of Afghanistan, especially our youth who have only known a free and democratic Afghanistan, will not accept a governing structure that excludes women and minorities, eliminate constitutional rights for all and does not protect the gains of the past," he said.

Isaczai was appointed by former President Ashraf Ghani as Kabul's envoy to the UN in June 2021. His remarks were the first reaction from an official appointed by the erstwhile Ghani regime to the formation of the caretaker Taliban government.

In his remarks in the UN General Assembly Hall at the high-level forum on the Culture of Peace, Isaczai said "we ask all member states of the United Nations to help us promote a culture of peace in Afghanistan.

The General Assembly's credentials committee, which determines who represents a country, can take up Afghanistan's representations when it meets next week. "We ask that you continue to reject the reinstatement of the Islamic Emirate, hold the Taliban to account for their violation of international human rights and humanitarian law, insist on an inclusive government and draw a fundamental red line regarding Taliban's treatment of women and girls and respect for their rights," he said.

The announcement of key figures in the caretaker government in Afghanistan comes weeks after the Taliban seized control of war-torn Afghanistan, ousting the previous elected leadership which was backed by the West.

Haqqani has been one of two deputy leaders of the Taliban since 2016 and has a USD 10 million US bounty on his head.

Khalil Haqqani, Sirajuddin's uncle, was appointed as acting minister for refugees. Two other members of the Haqqani clan were also named to positions in the interim government, indicating the role of Pakistan in the Taliban-run government.

Read Also
Who is Mullah Mohammad Hasan Akhund? All you need to know about head of Taliban's 'acting' govt 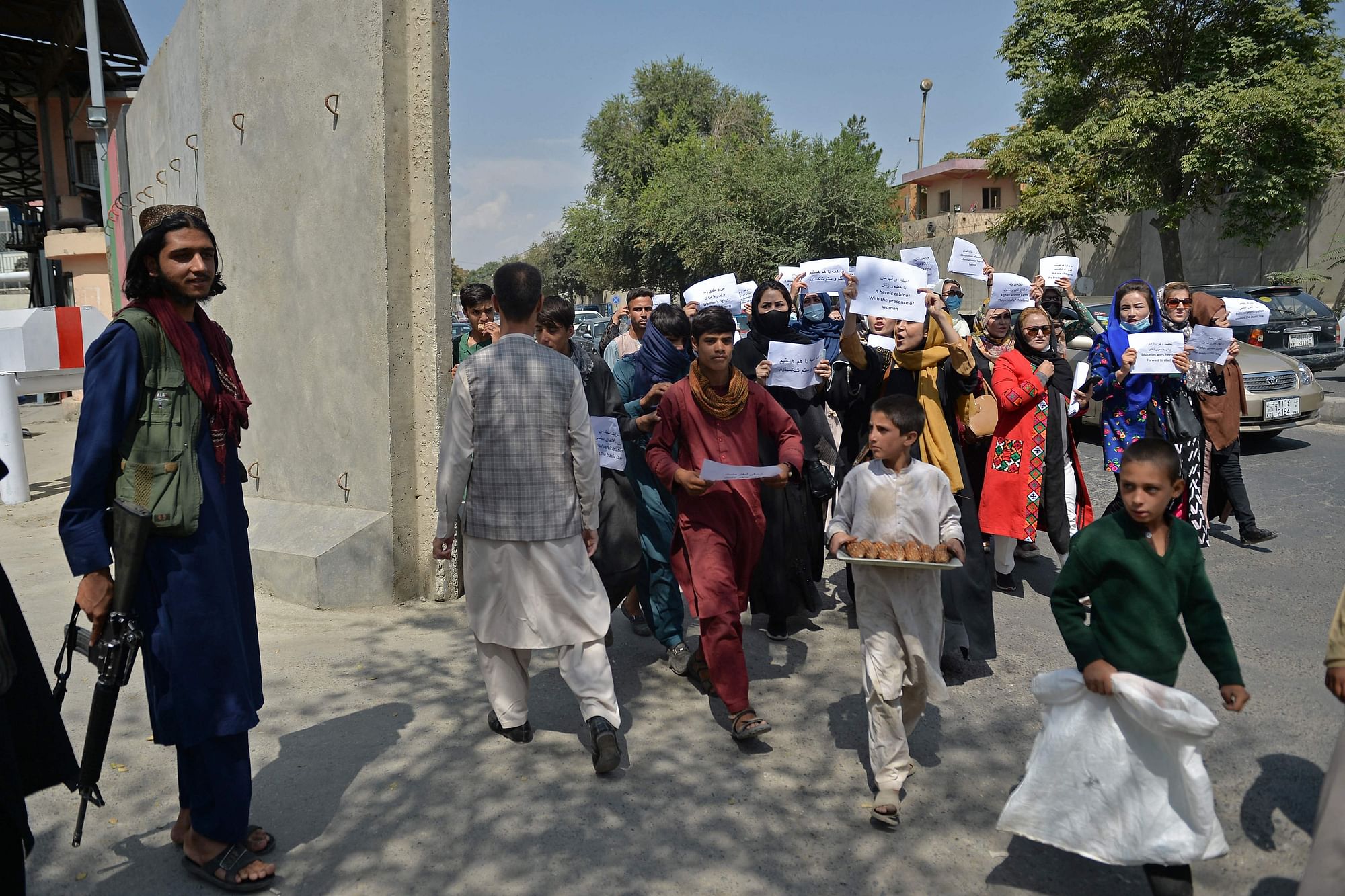 Isaczai said the Afghan people face the prospect of an uncertain future under the Taliban's repressive regime.

"As we witnessed recently, the Taliban unseated the elected government of Afghanistan and gained power through violence and are seeking to reinstate their so-called Islamic Emirate, in violation of the resolution passed by this Assembly less than nine months ago. The Taliban may have won the war but have yet to win peace and the hearts of minds of millions of Afghans." Isaczai said the Taliban continue to "choose war over peace" as a way of resolving their differences with those who oppose them "as we are witnessing their brutal offensive against the people of Panjshir and suppression of women peacefully demonstrating across cities in Afghanistan.

"The Taliban must realise that pacification of the country and true peace can only be established if they pursue an inclusive and participatory government in Afghanistan." He said while the Afghan people have been yearning for peace in their country for the past four decades, peace has remained elusive and "we continue to experience war and destruction." Emphasising that the UN member states know that peace is not merely the absence of war, Isaczai said a "country whose regime pursues extremist and exclusionary policies and ideologies will never be at peace with itself, its neighbours, or the world" and added that this insight is at the centre of the Declaration and Programme of Action on a Culture of Peace.

As the world strives to build back better from the devastating effects of the COVID-19 pandemic, Isaczai asked the UN and the international community "not to forget the people of Afghanistan and our dreams of reaching true peace."