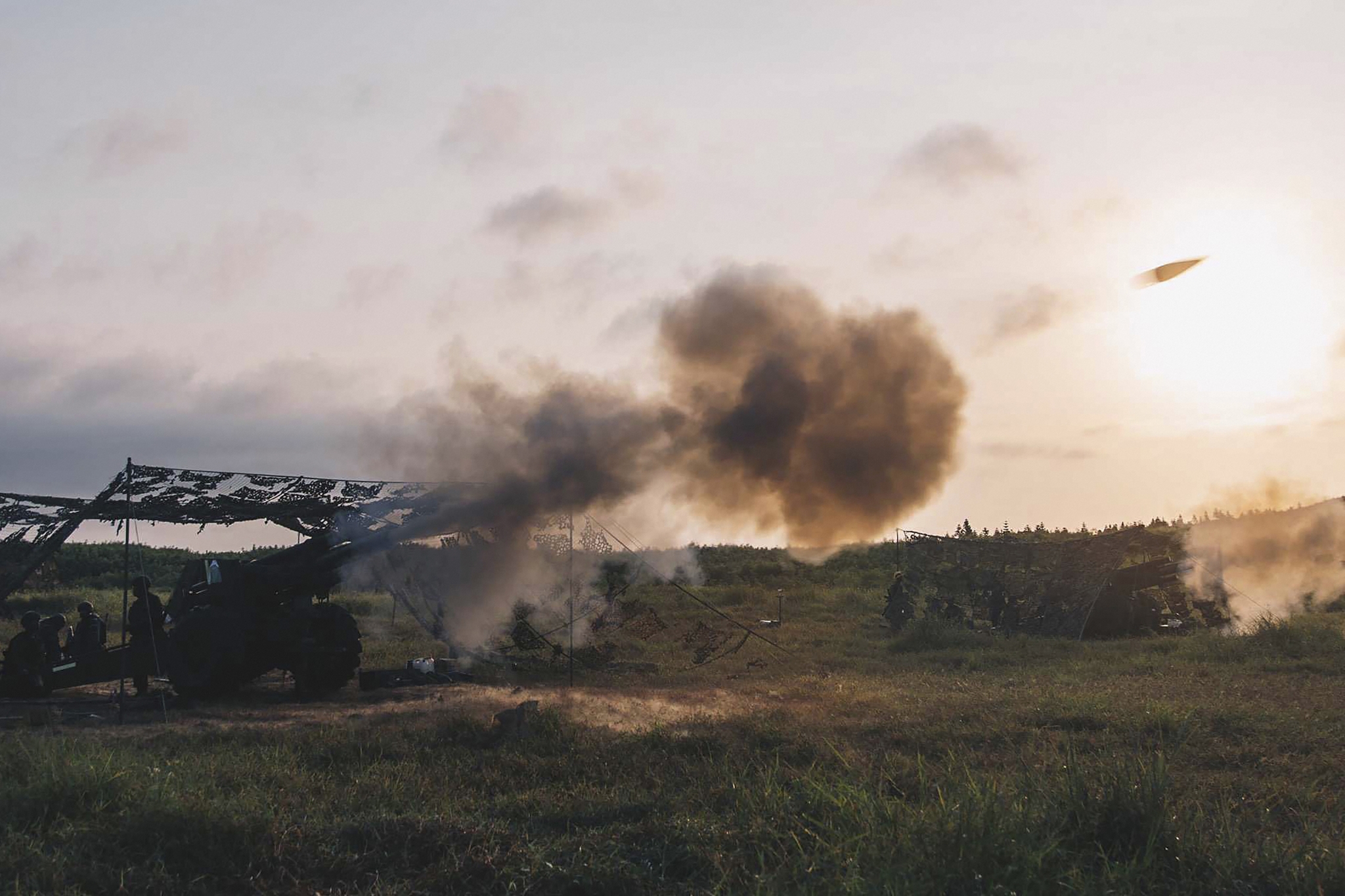 An F-16 screeched across the sky then landed among pineapple fields in southwestern Taiwan to quickly refuel before taking off again.

A Taiwanese-made Indigenous Defensive Fighter, US-made F-16V, French-made Mirage 2000-5 and an E-2K early warning aircraft landed on a highway surrounded by farm fields in Jiadong early Wednesday morning - simulating what they would do if their air base was damaged by enemy forces.

The simulation is part of Taiwan's five-day Han Guang military exercise designed to prepare the island's forces for an attack by China, which claims Taiwan as part of its own territory. The annual exercise was smaller this year due to COVID-19 restrictions.

In the last two years, the threat from China has risen, as the People's Liberation Army flies fighter jets towards Taiwan on a near-daily basis in an effort to intimidate and harass the island's air forces.

Many experts do not believe the increased military activity will lead to war.

"This is a type of gray zone tactic - military intimidation," said Ou Xifu, a researcher at Institute for National Defense and Security Research in Taiwan, referring to actions below direct warfare.

"This shouldn't lead to war."

Taiwan has focused on stepping up its defense capabilities in response to the rise in tensions and military harassment. President Tsai Ing-wen has directed money and resources to have the island manufacture its own defense vessels, such as its first homemade submarine, as well as warships.

In the last two years, Taiwan also stepped up purchases from the US of weapons from missiles to aircraft.

Taiwan's defense ministry submitted a new budget of USD 16.8 billion for the next year, a modest increase from last year's USD 16.19 billion. Some of the funds are to purchase 66 F-16V fighter jets, according to the semi-official Central News Agency.

China has said its actions are in response to interference from abroad, with US support for Taiwan rising in recent years and the US military conducting movements in the sensitive waters surrounding Taiwan.

A spokesperson for China's Taiwan Affairs Office said to Taiwan's ruling party on Wednesday, "you have no way to change the historical and legal truth that Taiwan is a part of China.