President Gotabaya Rajapaksa agreed that a national council will be appointed to name a new prime minister and Cabinet comprised of all parties in Parliament, lawmaker Maithripala Sirisena said after meeting with the president

Sri Lanka’s president has agreed to replace his older brother as prime minister in a proposed interim government to solve a political impasse caused by the country’s worst economic crisis in decades, a prominent lawmaker said Friday.

President Gotabaya Rajapaksa agreed that a national council will be appointed to name a new prime minister and Cabinet comprised of all parties in Parliament, lawmaker Maithripala Sirisena said after meeting with the president.

Sirisena, who was president before Rajapaksa, was a governing party lawmaker before defecting earlier this month along with nearly 40 other legislators.

Sri Lanka is near bankruptcy and has announced it is suspending payments on its foreign loans. It has to repay $7 billion in foreign debt this year, and $25 billion by 2026. Its foreign reserves stand at less than $1 billion.

The foreign exchange shortage has severely limited imports, forcing people to wait in long lines to buy essentials such as food, fuel, cooking gas and medicine.

Rajapaksa and his family, including Prime Minister Mahinda Rajapaksa, have dominated nearly every aspect of life in Sri Lanka for most of the last 20 years. Protesters who have crowded the streets since March hold them responsible for the crisis.

Tens of thousands of demonstrators have taken to the streets since Sri Lanka ran out of money for vital imports which has seen the prices of essential commodities skyrocket and caused acute shortages of fuel, medicines and electricity.

Protesters are demanding the resignation of President Gotabaya Rajapaksa as they blame his policies for the crisis, but he is refusing to quit.

Rajapaksa admitted that he made several "mistakes" that contributed to the situation, but his appointment of a new cabinet on Monday angered many Sri Lankans.

The office was created in 1972 as a ceremonial head of state. Until 1972, Ceylon was a Commonwealth realm with Queen Elizabeth II as the head of state and Queen of Ceylon. It became an executive post in 1978, and since then has been the single most dominant political office in the country. The current president is Gotabaya Rajapaksa.

Sri Lankan presidents are vested with very broad executive power. They are involved with every aspect of the government and are able to hold cabinet portfolios, or can bypass the cabinet posts by delegating decisions to the Presidential Secretariat.

In 1978, under the second amendment to the Republican Constitution of 1972 much of the powers of the premiership was transferred to the executive presidency as head of government and head of the cabinet of ministers in addition to being the head of state. 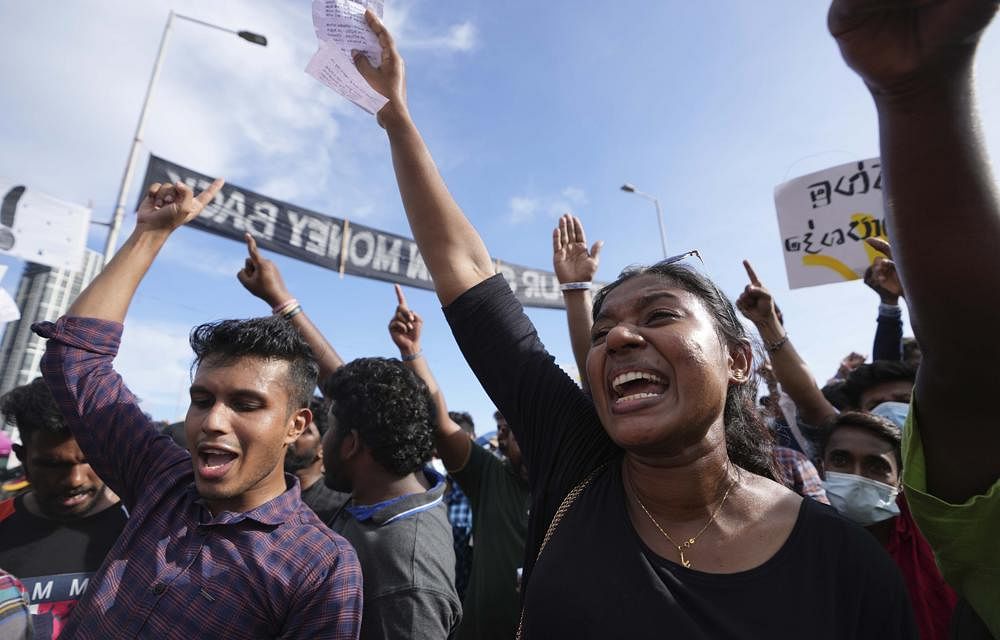