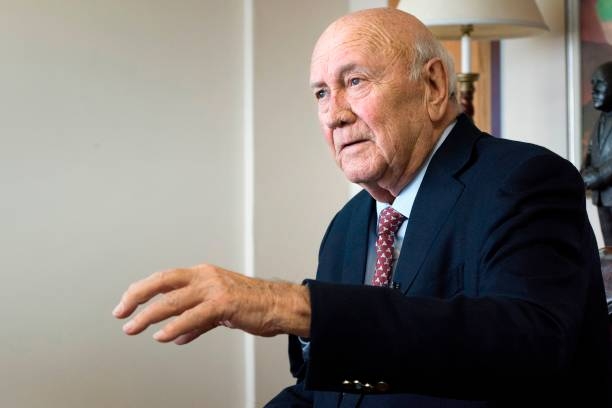 Frederik Willem de Klerk, who served as South Africa’s last apartheid-era leader and was awarded the Nobel Peace Prize alongside Nelson Mandela, has died at his home in Cape Town, his spokesman says. He was 85 years old.

The FW de Klerk Foundation's spokesperson Dave Steward confirmed his death to News24 on Thursday. "The former president died earlier this morning at his home in Fresnaye after his struggle against cancer. He was 85-years-old. He is survived by his wife Elita, two children Susan and Jan, and his grandchildren."

In a statement on 8 June 2021, the foundation said he was diagnosed with mesothelioma - "a cancer that affects the lining of the lungs" - in March 2021. He was receiving immunotherapy for the illness.

Mandela and Frederik Willem de Klerk were jointly awarded the 1993 Nobel Peace Prize for their work to end the apartheid regime in South Africa, and for laying the foundation of a new democratic South Africa. Mandela died in December 2013.