See pics: The Wall Street Journal to FPJ, here's how Russia-Ukraine crisis was covered by newspapers

Missiles and bombs rained from the sky, helicopters buzzed overhead, tanks rolled across the border from Belarus and paratroopers descended from the skies like a swarm of locusts.

The Russian military juggernaut had begun firing on all cylinders as it launched on Thursday with simultaneous strikes from all sides -- by land and by air -- hitting cities and military bases. Spooked Ukrainian citizens scampered for cover in basements and other robust structures while others hit the road to flee away from the wailing air sirens and incessant shelling.

While announcing the military operation, Russian President Vladimir Putin deflected global condemnation and cascading new sanctions and chillingly referred to his country's nuclear arsenal, as he threatened any foreign country attempting to interfere, with “consequences you have never seen”.

Ukrainian President Volodymyr Zelenskyy soon announced the decision to rupture ties with Moscow after it launched a massive air and missile attack on its neighbour and Russian forces were seen rolling into Ukraine.

“A full-scale war in Europe has begun,” Ukrainian presidential adviser Mykhailo Podolyak had said yesterday. The Baltic nations were on tenterhooks and feel they may be next on Putin’s agenda to reclaim the lost empire. 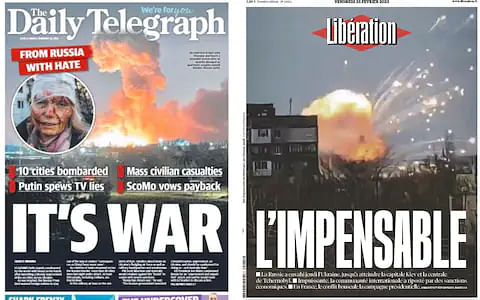 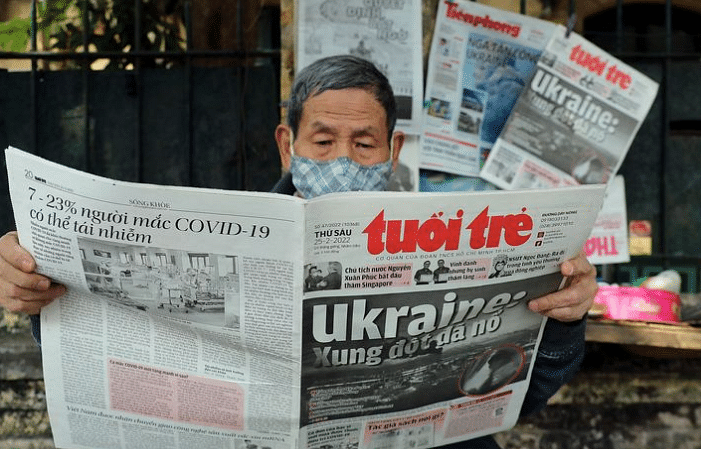 HomeWorldSee pics: The Wall Street Journal to FPJ, here's how Russia-Ukraine crisis was covered by newspapers