Less than a month after a mass shooting at Russia's Perm State University shocked the world, yet another educational institution near the city has been similarly affected. According to reports quoting local local emergency information services, a shooting incident was reported from a school in the suburbs of Perm.

"Yes, there was a shooting at a school. We are not releasing any more information," reports quoted the Oktyabrsky District emergency information service as saying.

According to a report shared by Russian News Agency TASS, a sixth-grade student had opened fire at the school in the Oktyabrsky urban district, firing shots into the wall and ceiling. There were no casualties. The report quoted the press service of the regional department of the Interior Ministry to add that the teenager had been detained. Investigation is underway to determine his motives and the source of the weapon.

Another TASS report quoted law enforcement sources to suggest that the student in question would not be prosecuted due to his age. Reportedly, he had been in a state of emotional distress and was eventually persuaded to hand the gun over to the head teacher of the school. 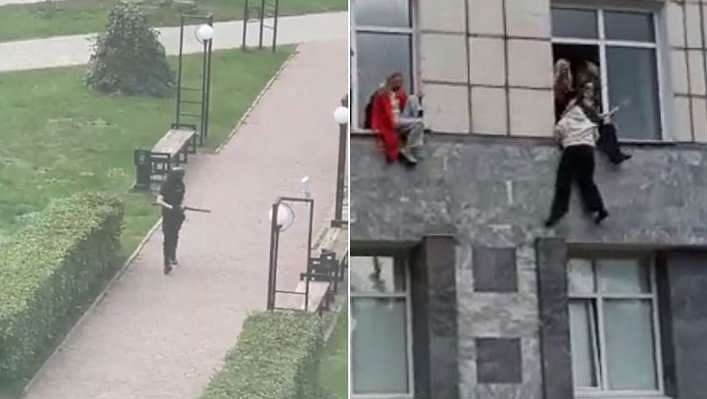