The Ukrainian military said the Russian forces were reinforcing their positions on the northeastern and southeastern outskirts of Sievierodonetsk and bringing additional equipment and ammunition into the area to press their offensive.

The Russian-battered eastern Ukrainian city of Sievierodonetsk appeared to be on the brink of becoming another Mariupol on Monday as services and aid have been cut and Moscow seeks to capture all of Ukraine's industrial Donbas region.

Luhansk regional Gov. Serhiy Haidai said the Russians have entered the outskirts of Sievierodonetsk and are pushing toward nearby Lysychansk. He said two civilians were killed and another five were wounded in the latest Russian shelling in the war.

The Ukrainian military said the Russian forces were reinforcing their positions on the northeastern and southeastern outskirts of Sievierodonetsk and bringing additional equipment and ammunition into the area to press their offensive.

Russian forces stormed Sievierodonetsk after trying unsuccessfully to encircle it, Ukrainian officials said, and Ukrainian President Volodymyr Zelenskyy has described the situation there as "indescribably difficult." An intense Russian artillery barrage has destroyed critical infrastructure and damaged 90% of the buildings.

Sievierodonetsk, located 143 kilometers (89 miles) south of the Russian border, has emerged in recent days as the epicenter of the Donbas fighting. Mariupol is the city on the Sea of Azov that spent nearly three months under Russian siege before the last Ukrainian fighters surrendered.

Sievierodonetsk and Lysychansk span the strategically important Siverskiy Donetsk River. They are the last major areas under Ukrainian control in Luhansk province, which makes up the Donbas together with the adjacent Donetsk region.

Russian Foreign Minister Sergey Lavrov told French TF1 television Sunday that Moscow's "unconditional priority is the liberation of the Donetsk and Luhansk regions," adding that Russia sees them as "independent states." He also suggested other regions of Ukraine should be able to establish close ties with Russia.

The Ukrainian army reported heavy fighting around Donetsk, the provincial capital, as well as Lyman to the north, a small city that serves as a key rail hub in the Donetsk region.

"The enemy is reinforcing its units," the Ukrainian armed forces' General Staff said. "It is trying to gain a foothold in the area." Zelenskyy on Monday will address European Union leaders who are gathering in a new show of solidarity with Ukraine amid divisions over whether to target Russian oil in a new series of sanctions. He has repeatedly demanded that the EU target Russia's lucrative energy sector and deprive Moscow of billions of dollars each day in supply payments.

Zelenskyy on Sunday visited soldiers in Kharkiv, Ukraine's second-largest city, where Ukrainian fighters pushed Russian forces back from nearby positions several weeks ago.

Russia has kept up its bombardment of the northeastern city from afar, and explosions could be heard shortly after Zelenskyy's visit. Shelling and airstrikes have destroyed more than 2,000 apartment buildings in the city since Russia invaded Ukraine on Feb. 24, according to the regional governor, Oleh Syniehubov.

In a video address later Sunday, Zelenskyy praised Kharkiv regional officials but said he had fired the regional head of the country's top security agency, the SBU, for his poor performance. In the wider Kharkiv region, Russian troops still held about one-third of the territory, Zelenskyy said.

In Luhansk, constant Russian shelling has created what provincial governor Serhiy Haidai called a "severe situation." But some Luhansk supply and evacuation routes functioned Sunday, he said. He claimed the Russians had retreated "with losses" around a village near Sievierodonetsk but conducted airstrikes on another nearby river village.

Sievierodonetsk Mayor Oleksandr Striuk has estimated that 1,500 civilians in the city have died since the war began, from Russian attacks as well as from a lack of medicine or treatment.

The Institute for the Study of War, a think tank based in Washington, questioned the Kremlin's strategy of assembling a huge military effort to take Sieverodonetsk, saying it was proving costly for Russia and would bring few returns.

In Mariupol on Sunday, an aide to its Ukrainian mayor alleged that after Russia's forces gained complete control of the city, they piled the bodies of dead people inside a supermarket. Petro Andryushchenko, posted a photo on the Telegram messaging app showing bodies stacked alongside closed supermarket counters. It wasn't immediately possible to verify his claim. 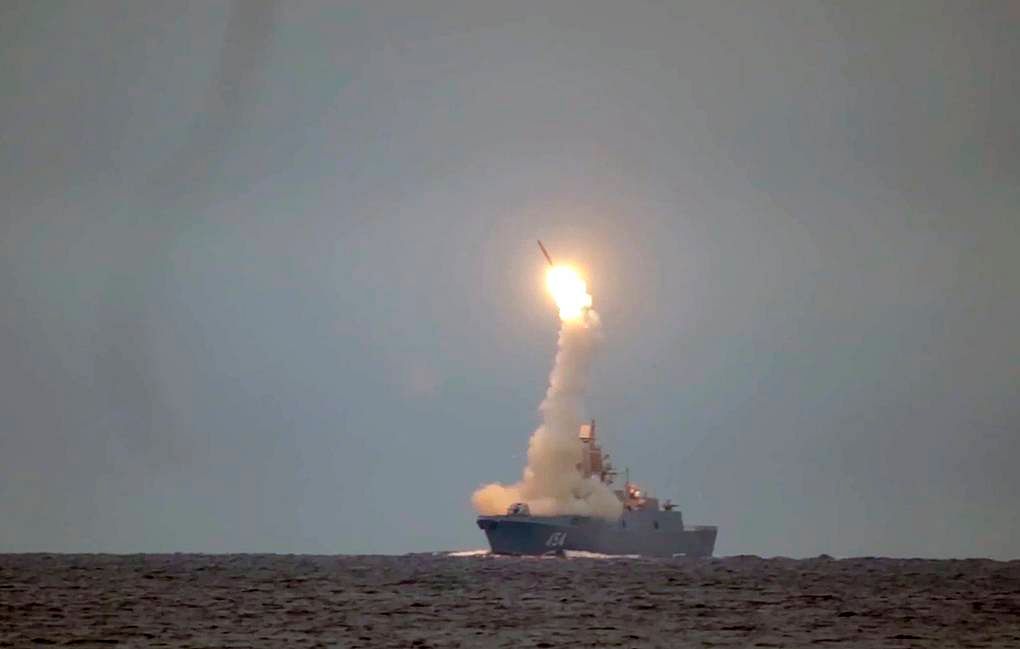