The announcement that Putin and Imran Khan will attend the event follows a boycott announced by Western countries.
ANI 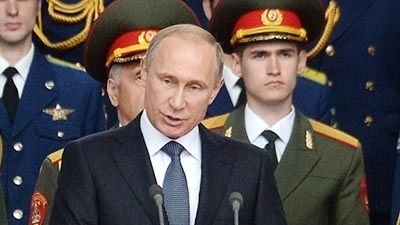 "We are preparing an official Russian-Chinese summit ... Putin, at the invitation of President Xi Jinping, will visit Beijing on February 4, the opening day of the Olympic Games. On the same day, full-scale negotiations at the highest level will take place," Sputnik quoted Lavrov as saying.

The talks will cover the entire spectrum of relations between Russia and China, Lavrov said.

Lavrov further stated that he, in turn, would hold a meeting with Chinese Foreign Minister Wang Yi on February 3, the Russian News Agency reported.

Meanwhile, Prime Minister Imran Khan will also visit China next month to attend the opening ceremony of the 2022 Beijing Olympics and hold discussions on bilateral ties between the two countries, according to The News International.

The announcement that Putin and Imran Khan will attend the event follows a boycott announced by Western countries.

The US, Britain, Australia, and Canada have announced a diplomatic boycott of the event, while North Korea was the latest country to pull out, citing the pandemic.

Though athletes from around the world will travel to compete in the four-yearly event, no dignitaries from these western countries are expected to watch the games.

Western countries ranging from the US have boycotted the Beijing Olympics citing China's poor human rights record in the recent past ranging from actions against Uyghurs and Tibetians.