Washington: A Russian invasion of Ukraine remains a distinct possibility, said US President Joe Biden as his Defense Secretary Lloyd Austin lefty for a trip to the region amidst an escalating crisis in Europe.

Stating that any such move by Russian President Vladimir Putin will prove to be a "self-inflicted wound", Biden warned Moscow that the US and its allies will respond "decisively".

Biden said the US is still open for diplomacy to resolve the issue while stressing that more than 150,000 Russian troops remain on the Ukrainian border.

The Kremlin has repeatedly denied it has plans to attack Ukraine but demanded that NATO never admit Ukraine and other ex-Soviet nations as members and the military alliance roll back troop deployments in former Soviet bloc nations.

"Invasion remains distinctly possible. That's why I've asked several times that all Americans in Ukraine leave now before it's too late to leave safely. It is why we have temporarily relocated our embassy from Kyiv to Lviv," Biden told reporters at the White House here on Tuesday.

Drawing a parallel with the World War II, Biden said, "World War II was a war of necessity. But if Russia attacked Ukraine, it would be a war of choice or a war without cause or reason."

"I say these things not to provoke but to speak the truth. Because the truth matters, accountability matters. If Russia does invade in the days and weeks ahead, the human cost for Ukraine will be immense," the US President added.

"The strategic cross for Russia will also be immense. If Russia attacks Ukraine, it'll be met with overwhelming international condemnation. The world will not forget that Russia chose needless death and destruction. Invading Ukraine will prove to be a self-inflicted wound. The United States and our allies and partners will respond decisively," he said.

Biden said the United States and NATO are not a threat to Russia.

"Ukraine is not threatening Russia. Neither the US nor NATO have missiles in Ukraine. We do not have plans to put them there as well," he said.

The US President also ruled out sending US troops to Ukraine. "While I will not send American servicemen to fight in Ukraine, we have supplied the Ukrainian military the equipment to help them defend themselves. We provided training and advice and intelligence for the same purpose. And make no mistake, the United States will defend every inch of NATO territory with the full force of American power," he asserted.

Biden said the West is united and galvanised. "Today, our NATO allies and the alliance is as unified and determined as it has ever been. And the source of our unbreakable strength continues to be the power, resilience, and universal appeal of our shared democratic values. Cause this is about more than just Russia and Ukraine," he said. 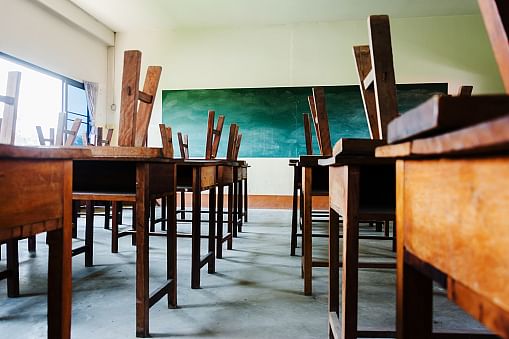