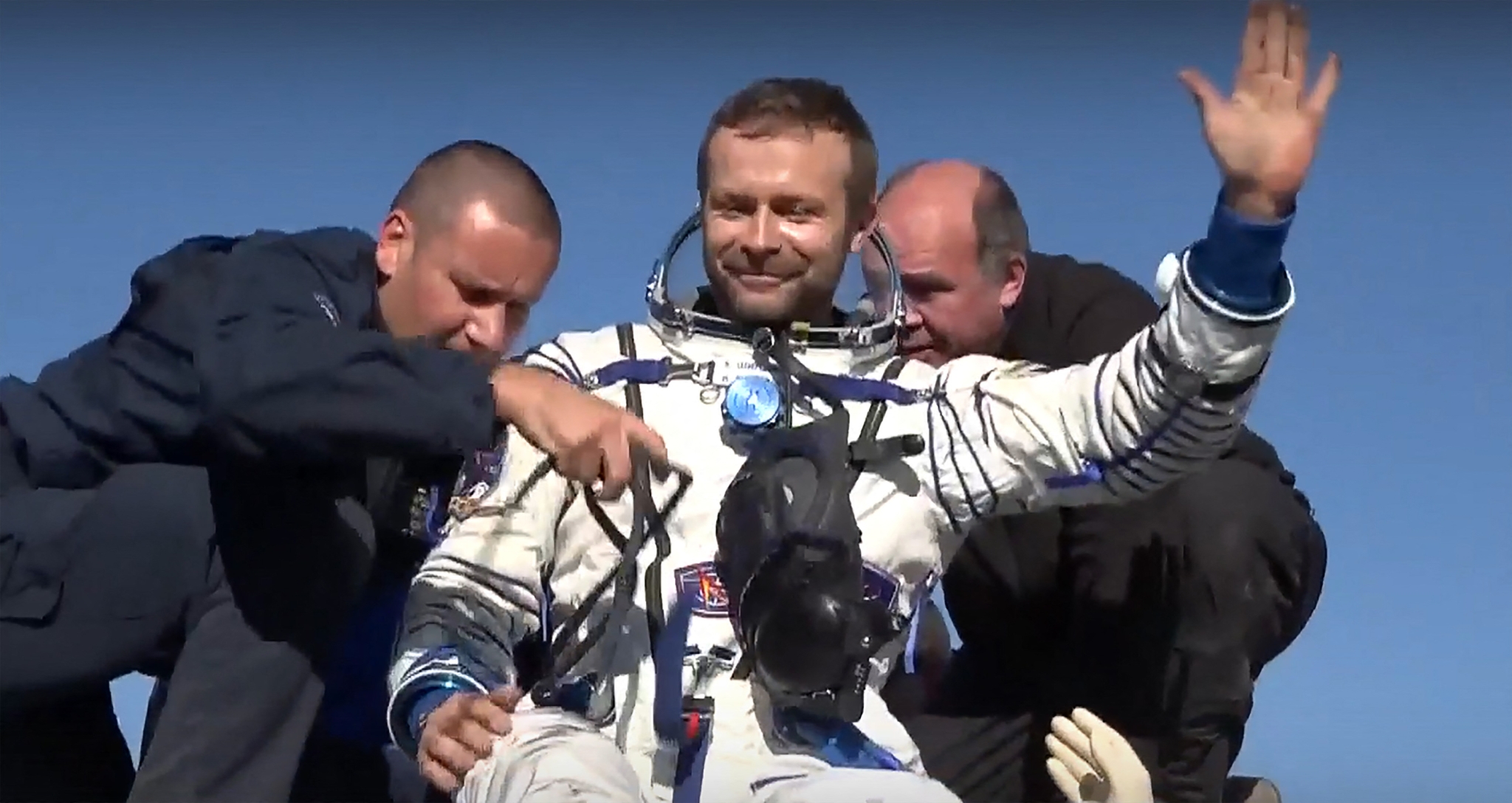 Crew member, Russian film director klim Shipenko (C), waving after the landing of the Russian Soyuz MS-18 space capsule in a remote area southeast of Zhezkazgan in the Karaganda region of Kazakhstan. |

A Soyuz space capsule carrying a cosmonaut and two Russian filmmakers has landed after a 3 1/2-hour trip from the International Space Station.

The capsule, descending under a red-and-white striped parachute after entering Earth's atmosphere, landed upright in the steppes of Kazakhstan on schedule at 0435 GMT Sunday with Oleg Novitskiy, Yulia Peresild and Klim Shipenko aboard.

Novitskiy, who spent more than six months aboard the space station, is to star as the ailing cosmonaut in the movie.

After the landing, which sent plumes of dust flying high in the air, ground crews extracted the three space flyers from the capsule and placed them in seats set up nearby as they adjusted to the pull of gravity.

They were then taken to a medical tent for examination.

All appeared healthy and cheerful. Peresild smiled and held a large bouquet of white flowers as journalists clustered around her. But she said she also felt a touch of melancholy.

"I'm feeling a bit sad today. It seemed that 12 days would be a lot, but I did not want to leave when everything was over," Peresild said on state TV.

The transfer to the medical tent was delayed for about 10 minutes while crews filmed several takes of Peresild and Novitskiy in their seats, which are to be included in the movie. More scenes remain to be shot on Earth for the film whose release date is uncertain.