During the hearing, the Kyiv representative urged the top court to order Russia to halt its devastating invasion of Ukraine.

Russia on Monday boycotted hearings at the UN's International Court of Justice during which Ukraine will argue that Moscow has falsely applied genocide law in justifying its invasion and will seek an emergency order halting hostilities, Reuters reported.

The hearings at ICJ began at 0900 GMT without any legal representation for Russia. The court said it regretted Russia's non-attendance.

Russia's seats at the Great Hall of Justice in the court's Peace Palace headquarters were empty.

"The fact that Russia's seats are empty speaks loudly. They are not here in this court of law, they are on a battlefield waging an aggressive war against my country," Ukrainian envoy Anton Korynevych said.

During the hearing, the Kyiv representative urged the top court to order Russia to halt its devastating invasion of Ukraine.

"Russia must be stopped and the court has a role to play in stopping it," Ukrainian representative Anton Korynevych told judges at the International Court of Justice.

Meanwhile, Russia announced new “humanitarian corridors” to transport Ukrainians trapped under its bombardment – to Russia itself and its ally Belarus, a move immediately dismissed by Kyiv as an immoral stunt. 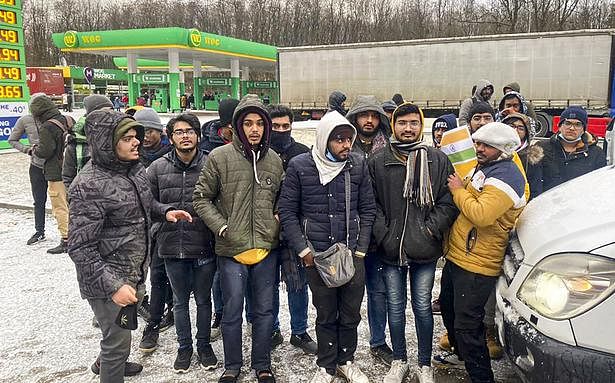